Sometimes regional newspapers in faraway countries can produce articles that are newsworthy all over the world. Such is the case with the major Danish newspaper “Jyllandsposten” which acquired worldwide fame for publishing the “Muhammad  Cartoons.” There had been a Muslim honor killing, and the case was publicized incessantly by the paper. The public was outraged, and when the case went to court the Danish court, known for Scandinavian leniency broke with tradition and gave all six defendants hard sentences, including the taxi driver, who just drove the getaway car. This outraged the Muslim community, so they threatened the reporters with reprisals. The editorial board decided they would not be intimidated, so they decided to run a competition “Who could make the best Muhammad cartoon”. So far more than 200 people has been killed because of the cartoons from adherents to “the religion of peace”

Aug 8 2013 Jyllandsposten posted a two page article “The behavior of the sun can trigger a new “Little Ice age”.

They should know. During the last little ice age the Swedes, with their whole army went over of the Great Belt on ice and sacked Copenhagen. The year was 1648. 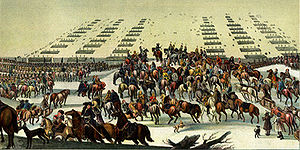 Nowadays the Great Belt is rarely even frozen over.

Jyllandspostens argument is that we are headed for a new solar minimum of either the Daulton or the Marauder minimum, both leading to significantly colder winters, more storms, and diminished harvests. Above is their front page:

The  Paper Warns: “Globe May Be On Path To Little Ice Age…Much Colder Winters…Dramatic Consequences”!

Could they possibly be right? Some say that global warming “deniers” are the scum of the earth worthy of extinction. Obama suggests we belong to the “flat earth society.” In Jyllandspostens view that is beside the point. They were not cowed by the Muhammad cartoons, neither will they be silenced on exposing the fallacies of the religion of global warming.

Since the main street media never report on these facts I have put together 11 reasons why I believe we are entering a new ice age.

#1. It all depends on the sun. The sunspots and its accompanied solar activity goes in cycles. When there are lots of sunspots the sun is more active than when there are few. We are now at a solar maximum and this is the lowest maximum in over a hundred years and less than half of the most recent solar cycles. The next solar cycle is projected to be almost nonexistent. The last time this happened was during the little ice age.

It is to be noted that the actual behavior of the sun is even quieter than predicted. This means colder winters for the next 33+ years.

#2. A new record time for no major hurricanes hitting the U.S. mainland is set every day.

Hurricane Wilma, the last major hurricane to strike the United States, made landfall on Oct. 24, 2005.

#3. The number of tornadoes are still way below average in spite of early May 2015 activity. #4. The arctic temperature over 80 degree latitude was below average every day since from May through August in 2013. This was unprecedented since measurements started. This pattern is repeated in 2014. 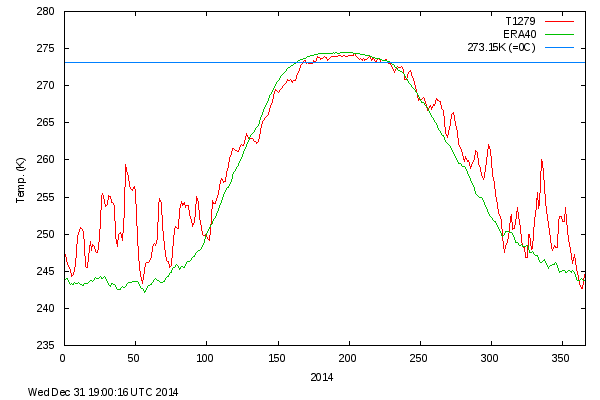 And again in 2015 the switch from a 5F warmer winter to a cooler spring summer happened early May.

#5 Arctic ice content for  2013 was at a 6 year high. Ice is a lagging indicator. If the ice is increasing, temperature has been decreasing for some time. This year will have a higher minimum since there is much more multi-year ice northwest of Greenland. 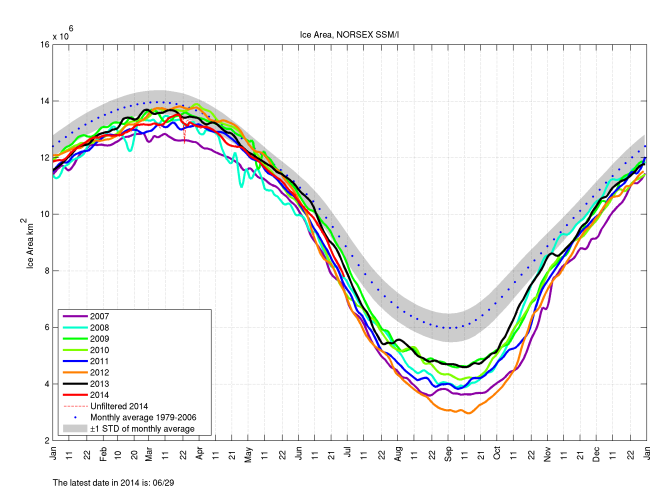 #6. Arctic melt is larger than the 30 year average, but that is due to soot from China, not higher temperatures. 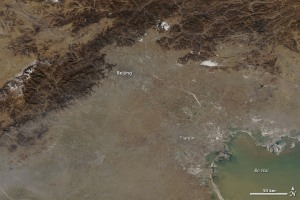 China consumes more than 45% of all the coal burned in the world  every year. It is mostly low grade lignite. Even with scrubbers, which are often down for “service” (it costs money to operate scrubbers) there is substantial soot pollution. This soot cloud hangs in the air, and some of it makes its way up to the arctic, carried on by the prevailing westerly winds. Note the soot in the bottom of the ice-lake in figure at right.

#8. Antarctic ice is running well above average,  setting another record in 2013, and is on its way for another record in 2014. The picture above shows we are setting a new all time record for ice anomaly with more than 2 million square kilometer ice than normal for this time of the year. This ice is around the 60th latitude which means the change in albedo from ocean to ice is highly cooling leading to even more ice growth.

The picture below shows an accelerating trend to greater ice anomaly. 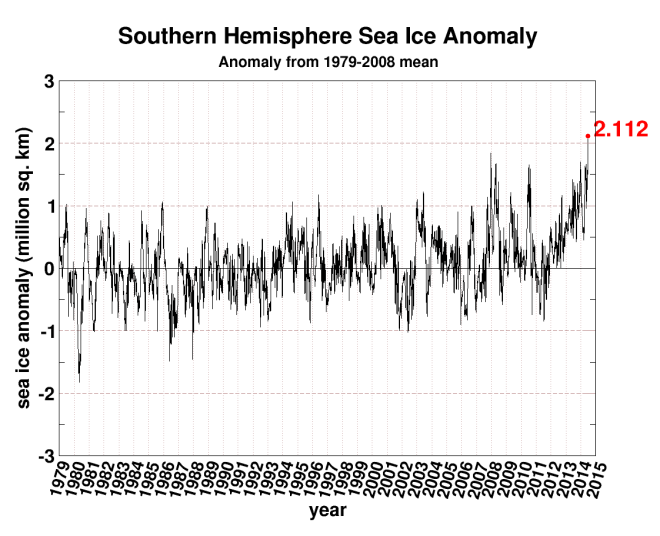 #9. The continental U.S. temperature records are misleading. Many weather stations are located near airport runways. This is a proper location to give runway information to the pilots but is not well suited for climatological reporting since they report the airport runway microclimate, not true overall conditions. This tends to skew temperature data. If airport data is taken out of the reporting, temperatures now are well below the records set mostly in the early 1900’s. A snapshot from the last week of July:

Even with the suspect temperature measurements there has been no significant global temperature increase the last 18 years 6 months:

#11. Sandy. Contrary to popular reporting of the unprecedented storm surge during hurricane Sandy there has been two hurricanes with higher storm surges. They both occurred in the 1600’s, during the little ice age and can be explained by a late hurricane coming up the East coast being drawn inland by an early outbreak of cold arctic air. 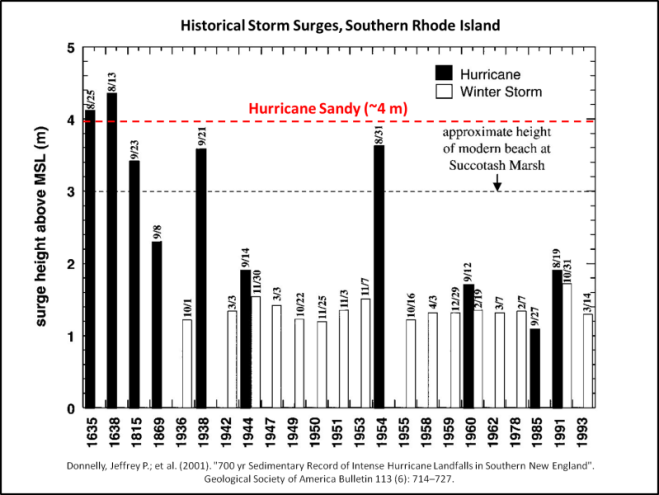 The jury is out. Who are the scum of the earth, members of the “flat earth society?” Who looks at the facts and who is ideologically motivated.

On a brighter note, it may be time to return to good, old-fashioned romance

And one thing more. Increasing CO2 levels will delay the onset of the next ice age. In the meantime  we can enjoy the fruits of increased CO2 levels: Greater harvests, a greener earth, less temperature differences between the equator and the poles, less hurricanes, fewer tornadoes, less large storms, and a more resilient nature feeding more animals and enabling more biodiversity. The colder weather will finally catch up with us, and that will mean widespread famine unless CO2 is increased substantially.

Why am I not worried about the greenhouse effect from CO2?

If CO2 is doubled, global temperatures will increase less than 2 degree F if no gain is in the system. Water vapor increases with about 4% per degree F temperature rise, and so a gain is assumed. The models predict a hotspot in the troposphere over the tropics because of CO2 coupled with water vapor. No hotspot has been found. In fact there is a barely perceptible cold spot  where the hotspot was expected. This is because of the great thermostat of the earth called thunderstorms. When the air is hot and humid enough thunderstorms form and this mechanism controls tropical temperatures to be rarely above 95 degrees F. In desert regions it can be substantially hotter, like in northern India, where it is routinely 115 degree F until the monsoons start, when the thunderstorms keep temperatures below 100.

No such control mechanism exists on the cool side. It will get as cold as the solar output dictates, and the coming cooling is inevitable. It will delay the onset of the new little ice age by maybe a few years.

I am an engineer and look at the earth as an organism that responds to impulses. The Sun gives two types of impulses: day and night, and summer and winter. We can take a look at the seasonal response in temperatures and notice the difference between now and when we had 14% less CO2 in the atmosphere. Fairly simple calculations will yield a 0.4 degree F rise for doubling CO2 levels over water, and about 1.2 degree F rise over land. The land increase has much higher variability between coastal and inland climate, but that is a ballpark number. This is not enough to offset the influence from a less active sun. The imbalances manifests itself in shrinking and growing ice and snowcaps. The trend is for increasing ice and snow, which means we are already well into the cooling phase.

To continue to thrive in an ever cooling climate we will have to find additional energy sources. There simply is not enough coal, oil and gas to sustain us in a quality of living to which we are accustomed, unless we expand the base for energy production. The only viable source of energy left would be expansion of nuclear energy. U235 and Plutonium based energy production have serious drawbacks with nuclear waste lasting for millenia.

Thorium nuclear power generation can be made earth quake safe:

and finally, here is my (admittedly incomplete) view of why we chose Uranium over Thorium as nuclear fuel in the first place