Today we read Paul’s short letter to  Philemon, one Psalm and one chapter of Jeremiah.

Paul’s letter to Philemon is a letter from one person to another, and as such should not be for general consumption, and certainly not in the Holy Scriptures. But it is, and by divine inspiration it is a beautiful example of human redemption and how a former, thieving slave was given his freedom and welcomed into the fellowship of believers as a brother.

Psalm 120 is a song of accents, that means it was sung as the people went up to Jerusalem on their way to one of the Jewish festivals.

Jeremiah 44. Some Israelis escaped to Egypt.  Nothing good would come out of that. Read the horrible future that awaited them.

Pelosi and Omar in Ghana.

She laughs in her Muslim bandana.

at the “door of return” 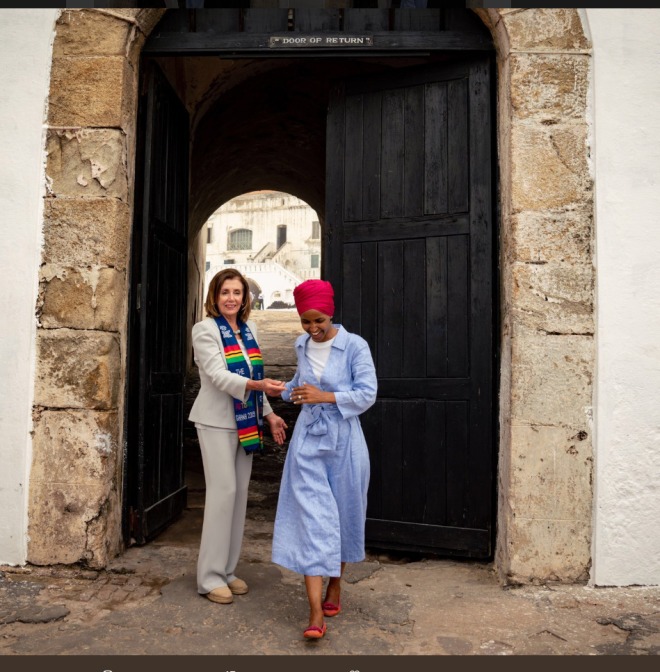 Slavery has officially ended. Saudi Arabia ended slavery in the 1950’s, Mauritania ended theirs officially in 2007, but it still continues unofficially in parts of Africa. And then there is the sex slavery trafficking and child trafficking going on, being encouraged by open border policies. This is no laughing matter. 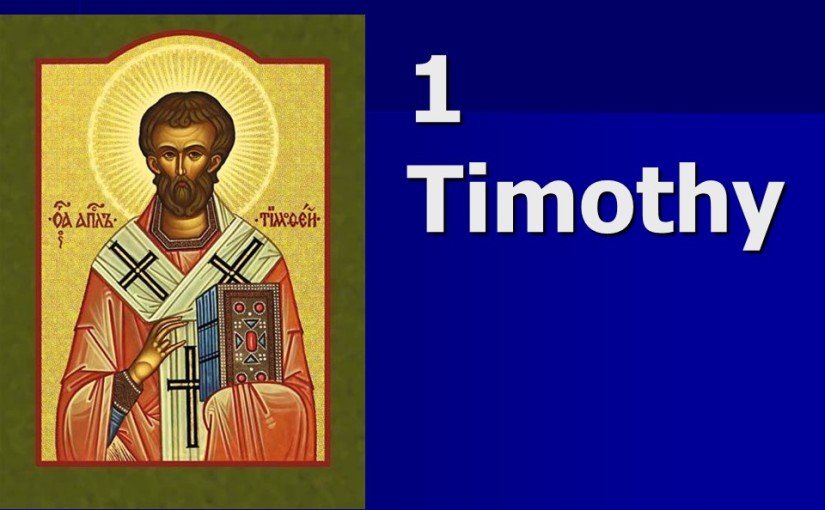 1 Timothy 1, Greeting, No Other Doctrine, Glory to God for His Grace, Fight the Good Fight. 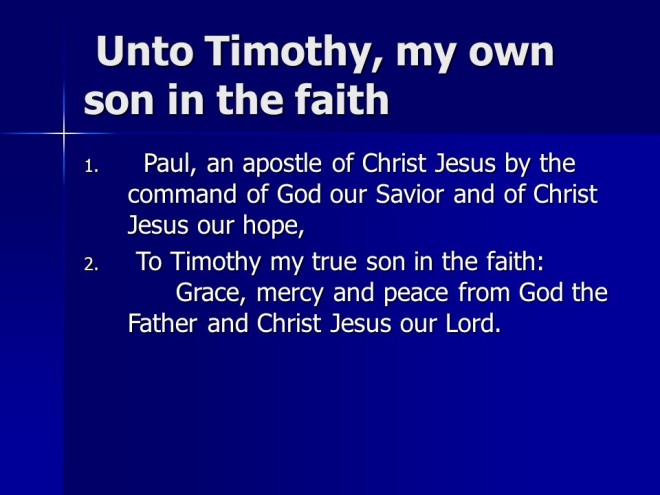 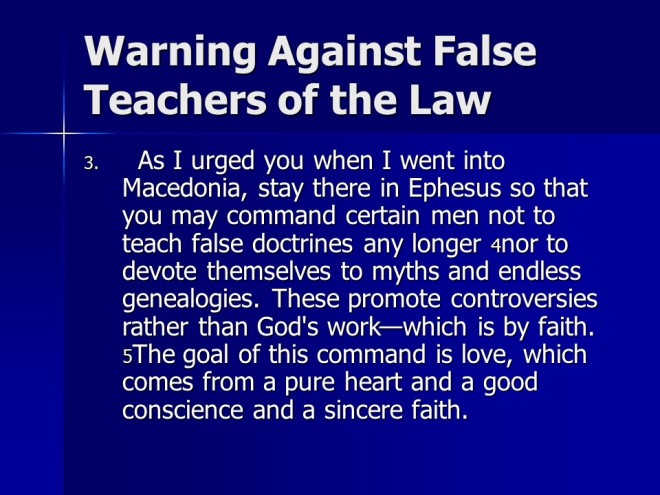 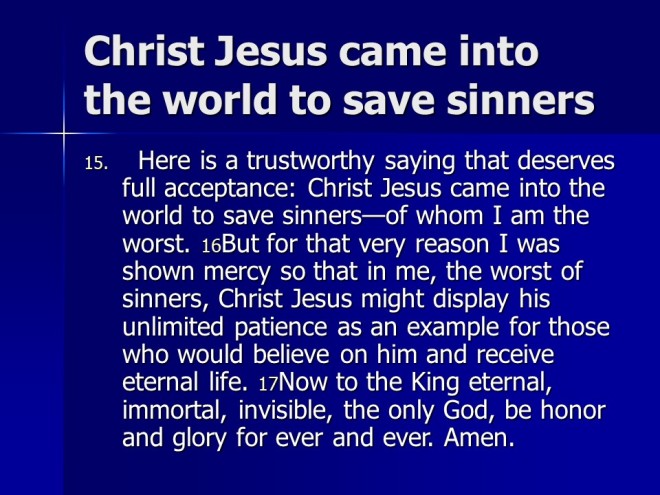 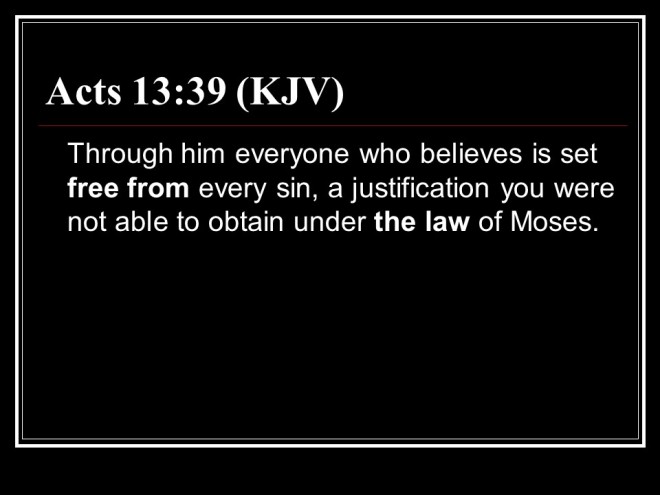 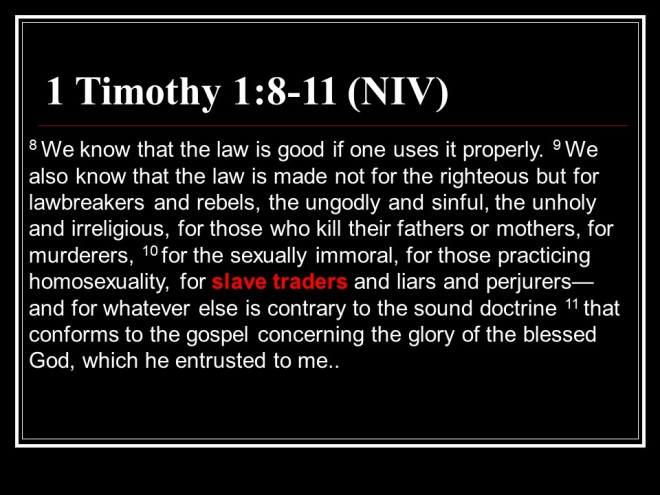 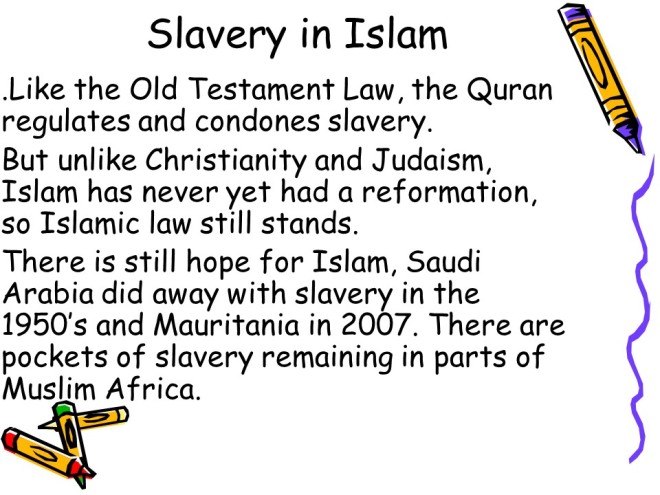 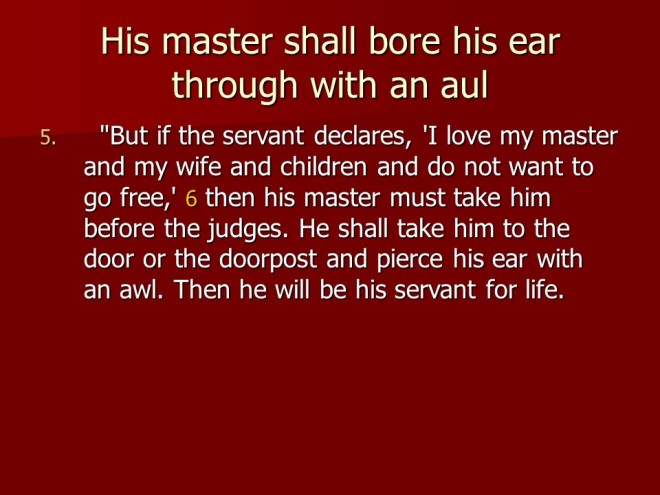 So, a man with a ring in only one ear, is that a sign of slavery? 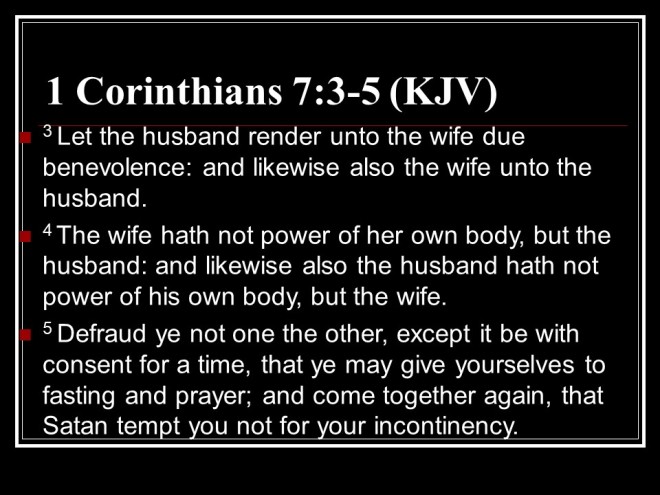 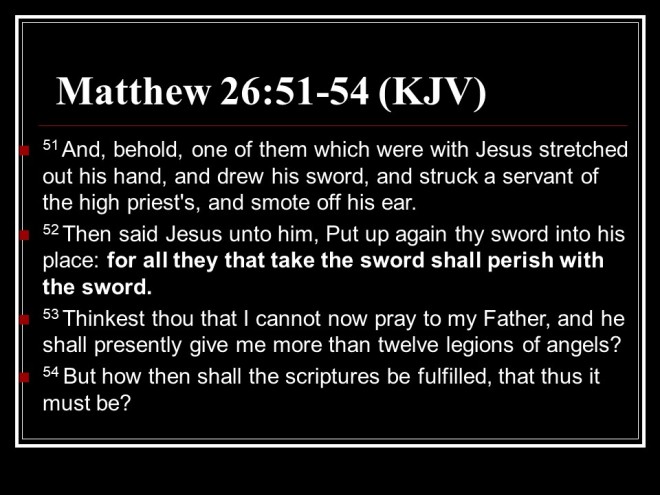 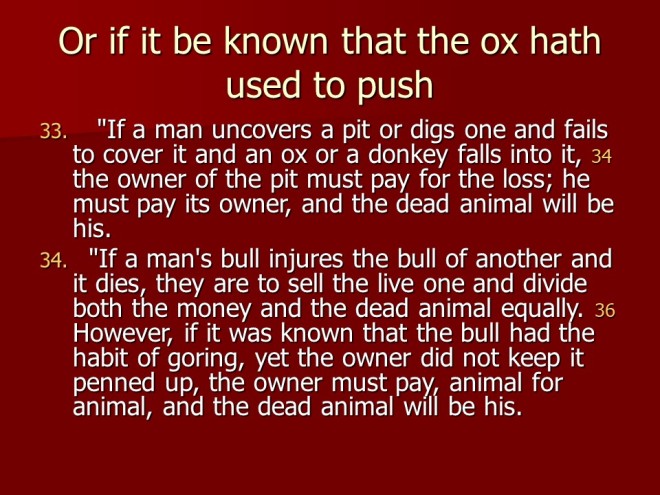 After reading all this, one comes to realize how truly transformative Jesus message is.

The Apostle Paul wrote this short letter to Philemon in A.D. 60. Philemon was a slave owner and Onesimus  was a runaway slave. Paul was in prison in Rome, and somehow Onesimus had a conversion to Christianity after running away.

Paul is sending this letter to Philemon together with the letter to the church of Colossi using Tychius and Onesimus as the letter carriers!

Colossians 4:7 Tychicus will tell you all the news about me. He is a dear brother, a faithful minister and fellow servant in the Lord. 8 I am sending him to you for the express purpose that you may know about our circumstances and that he may encourage your hearts. 9 He is coming with Onesimus, our faithful and dear brother, who is one of you. They will tell you everything that is happening here. 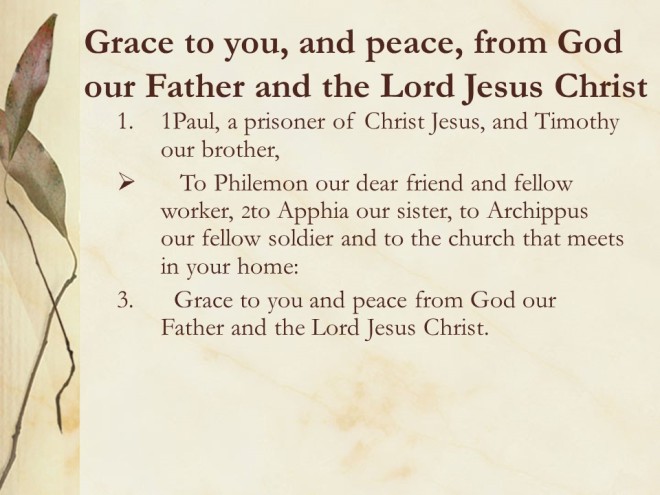 Senders are Paul and Timothy!

Philemon had the right to punish Onesimus and recapture him as a slave, but because of Paul’s faith in the redemptive powers of Christ he is sending him anyway. 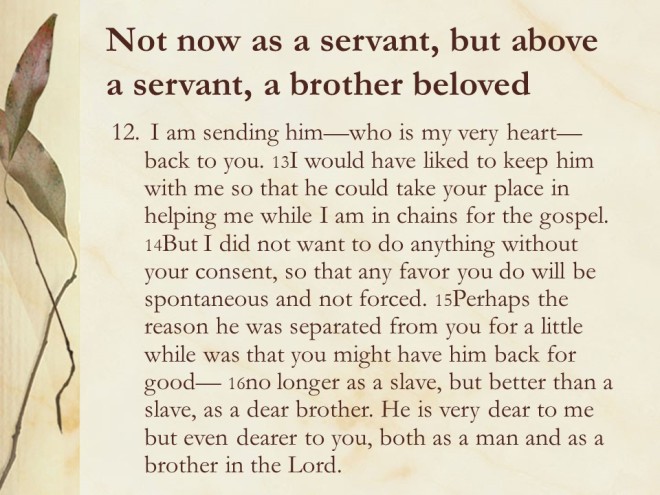 Paul promises to pay back the money Onesimus stole from Philemon when he ran away. This is how business between Christians should be conducted!

This is just a short letter from one man to another. So why is it in the Bible? Paul had written many other letters to individuals and none of them made it into the Bible. (Paul’s letter to Titus was really for the church in Crete which was being formed and for universal use on qualifications for leadership in churches.)

It is my belief this short letter is included in the Bible is because of slavery. Paul’s co-writer Timothy writes in 1 Timothy 1:7 They want to be teachers of the law, but they do not know what they are talking about or what they so confidently affirm. 8 We know that the law is good if one uses it properly. 9 We also know that the law is made not for the righteous but for lawbreakers and rebels, the ungodly and sinful, the unholy and irreligious, for those who kill their fathers or mothers, for murderers, 10 for the sexually immoral, for those practicing homosexuality, for slave traders and liars and perjurers—and for whatever else is contrary to the sound doctrine 11 that conforms to the gospel concerning the glory of the blessed God, which he entrusted to me.

If Philemon had recaptured Onesimus he would have been a slave trader, and this letter is in the Bible to affirm that slave trading is out of bounds to Christians.

On the other hand Muhammad, the prophet of Islam Owned, bought and sold slaves, making him a slave trader, and slave trading has been the tradition of Muslims through the ages. Saudi Arabia abolished slavery in the 1950’s, and Mauritius abolished it in 2007. As of now there is no country that has slavery as an official policy, but world-wide human trafficking is on the rebound.

The Martin Bashir we once knew; 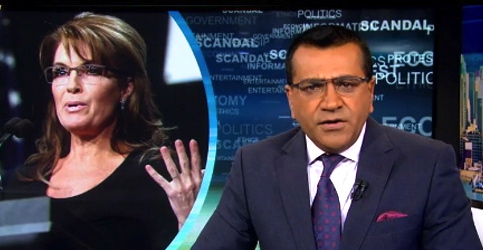 A slave to his own warped world-view.

Back to England   he flew.

No more part of the crew

where hate is spewed out the wazoo.

The afternoon talk show host, a former co-anchor of “Nightline,” says he decided to leave the network after meeting with MSNBC President Phil Griffin.

Bashir had already apologized for what he called “offensive” comments about the former Alaska governor, whom he also called an “idiot” and “dunce.” He told viewers in a scripted commentary last month that someone should defecate in Palin’s mouth. He was invoking an old slave punishment in response to a speech by Palin, a Fox News contributor, comparing the national debt to slavery.

Bashir took off two weeks for what was billed as a vacation, and criticism mounted as MSNBC took no disciplinary action against him, even as it booted Alec Baldwin over an alleged anti-gay slur hurled at a photographer. In retrospect, it’s clear that by failing to suspend Bashir, MSNBC allowed public pressure to build to the point where the only way to control the damage was to sever its relationship with the British journalist.

In a statement, first reported by Mediaite, Bashir said:

“After making an on-air apology, I asked for permission to take some additional time out around the Thanksgiving holiday.

“Upon further reflection, and after meeting with the president of MSNBC, I have tendered my resignation. It is my sincere hope that all of my colleagues, at this special network, will be allowed to focus on the issues that matter without the distraction of myself or my ill-judged comments.

“I deeply regret what was said, will endeavor to work hard at making constructive contributions in the future and will always have a deep appreciation for our viewers — who are the smartest, most compassionate and discerning of all television audiences.”

In his own statement, Griffin said: “Martin Bashir resigned today, effective immediately. I understand his decision and I thank him for three great years with MSNBC. Martin is a good man and respected colleague — we wish him only the best.”

Only one question remains: Who else at MSNBC got fired over this?