Luke 23:1-25. This is it, the second most important day in the Christian calendar. Jesus was on trial before Herod and Pilate. Pilate was trying to wiggle out of sentencing Jesus by setting one condemned prisoner free on Passover. The crowd chose Barabbas over Jesus, Pilate reluctantly gave in, so Jesus was sentenced to be crucified.

2 Kings 10. Jehu was at it big time is this killings chapter, Ahab’s seventy sons were killed, Ahaziah’s forty-two brothers killed, the rest of Ahab’s family killed, worshipers of Baal killed, and finally the normal death of Jehu himself.

2 Kings 11. This is a chapter full of palace intrigue: Athaliah, daughter of Ahab and Jezebel seized power over Judah and reigned for six years. Finally, Joash was crowned King of Judah, and Athaliah was put to death.

Mark 15:1-20, Early in the morning Jesus was brought before Pilate since only the Romans could execute capital punishment. Pilate, trying to get out of the situation offered to release Barabbas, a known murderer and insurrectionist, or Jesus and the crowd chose Barabbas. Pilate gave in to the crowd, the Soldiers mocked Jesus, and the verdict was that Jesus the King was to be Crucified.

1 Samuel 5. The Ark of the LORD brought nothing but trouble to the Philistines.

So in 1 Samuel 6  the Ark was returned to Israel together with a guilt offering of five gold tumors and five golden rats.The Ark was brought back as far as to Kiriath Jearim.

1 Samuel 7. Samuel grew up and became Judge over Israel. He subdued the Philistines at Mizpah, and there he raised his Ebenezer (stone of help). He judged Israel all the remaining days of his life.

1 Samuel 8. Samuel’s sons were not following the Lord, so Israel demanded a King. Samuel complained to the LORD, but He answered : “Hearken unto their voice, and make them a king.”

Matthew 27:1-31 depicts the first half of the longest day, beginning with Jesus being handed over to Pilate, the Roman governor; since the Jews did not have right to execute capital punishment. Judas hanged himself and the thirty pieces of silver given him in exchange for the betrayal of Jesus was used to buy the Potter’s field. Pilate tried to wiggle out of his role as judge; his wife had warned him, so he used his privilege to release one prisoner at Passover which was the custom at that time. Pilate chose Jesus or Barabbas to be released and of the two the people chose Barabbas, a known insurrectionist to be released and Jesus to be crucified. Pilate acquiesced to the mob and so Jesus was flogged by the soldiers for a public spectacle and then he was led away to be crucified.

Deuteronomy 29. In preparation of the tribes entering the promised land God renews the Mosaic Covenant in Moab.

Duccio interpreted the scene, between 1308-11, with this tempera on wood (entitled Christ Before Pilate Again).  It is maintained at the Museo dell’Opera del Duomo in Siena, Italy.

John 19:1-16. The trial of Jesus continued under Pilate. He tried his best to get out of it by placing a crown of thorn on Jesus, let the soldiers mock him and hit him, hoping that would placate the Jews. But they cried Crucify! He tried and tried, but they cried “E\We have no King but Caesar” so Pilate finally gave in and handed Jesus over to be crucified.

In Exodus 7 God promised Moses to give him the words to all he must say, and Aaron was to tell it to Pharaoh. God also said he would harden Pharaoh’s heart and not let the people go. Aaron threw down his rod and it became a snake. The Egyptians duplicated it. The first plague out of ten occurred, turning the water of the Nile to blood.

John 18:28-40 deals with the last 24 hours of Jesus life, from the trial before Annas and the Sanhedron Jesus was paraded before Pilate, seeing a way out, Pilate sent him to Herod, who sent him back to Pilate, Pilate offered to release Jesus or Barabbas and the people demanded that Barabbas be released.

In Exodus 4 God gave Moses his call. At first Moses came up with one objection after another, but God persuaded him with signs that he must go back to Egypt, face Pharaoh and lead his people.

In Exodus 5 Moses and Aaron went to Pharaoh and asked for a 3 day reprieve for his people so they can go and worship God. Like all dictators Pharaoh reacted to this petition by making life even more miserable for the Hebrews; he wanted them to gather their own straw and still make as many bricks as before. The Hebrews blamed Moses for stirring up trouble for them.

And in Exodus 6 the LORD (Jehovah) promised deliverance from Pharaoh and He would give them the land He had promised Abraham. The narrative continues with an interlude where the names of the heads of the clans of Israel are listed. Moses protested and did not want to talk to Pharaoh any more, so Aaron would have to do the speaking.

Duccio interpreted the scene, between 1308-11, with this tempera on wood (entitled Christ Before Pilate Again).  It is maintained at the Museo dell’Opera del Duomo in Siena, Italy. 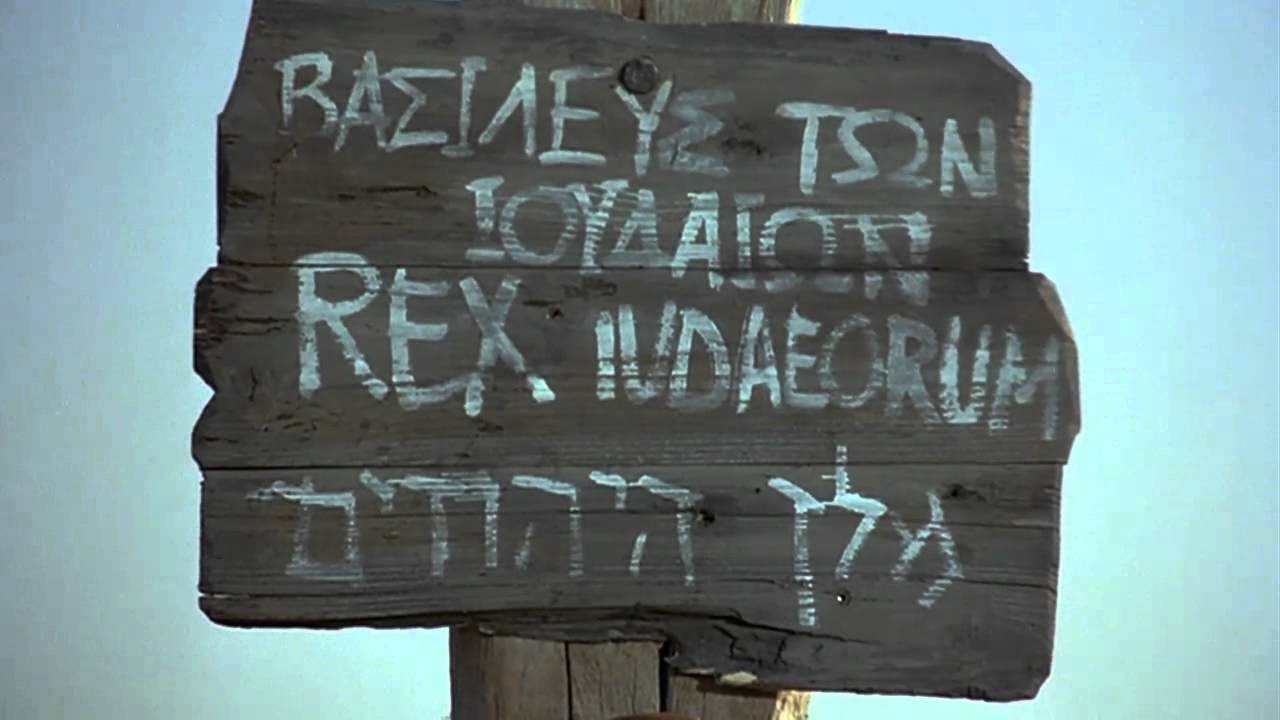 This is how a tomb with a large stone looked. 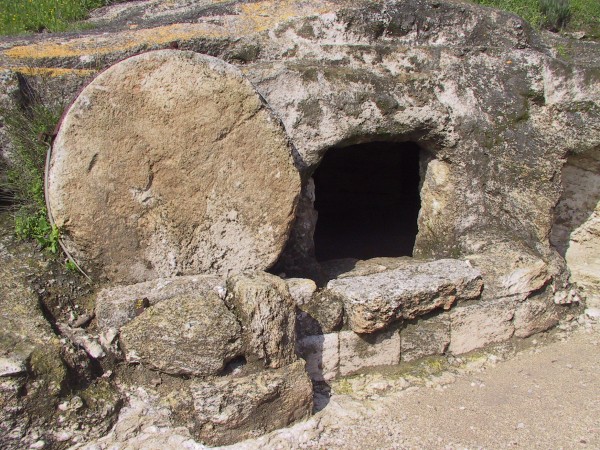