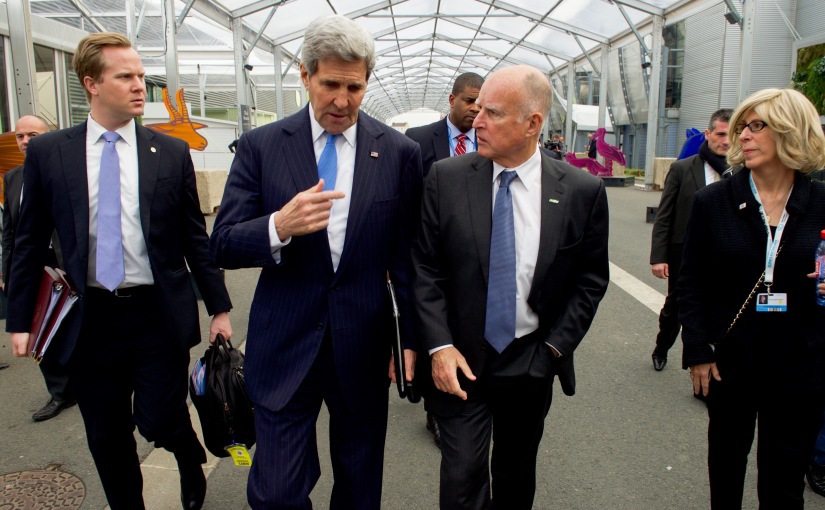 On September 19, 2916 Governor Jerry Brown signed into law a bill (SB 1383) that requires the state to cut methane emissions from dairy cows and other animals by 40% by 2030.  The bill is yet another massive blow to the agricultural industry in the state of California that has already suffered from the Governor’s passage of a $15 minimum wage and a recent bill that makes California literally the only state in the entire country to provide overtime pay to seasonal agricultural workers after working 40 hours per week or 8 hours per day (see “California Just Passed A $1.7 Billion Tax On The Whole Country That No One Noticed“).

According to a statement from Western United Dairymen CEO, Anja Raudabaugh, California’s Air Resources Board wants to regulate animal methane emissions even though it admits there is no known method for achieving the the type of reduction sought by SB 1383.

both Kerry and Jerry are fools.

Do away with methane,