The tunic at Lomseggen pass

a garment of very high class

got preserved in the ice

the climate change sure shows pizzazz

This tunic was made in the third or fourth century A.D. It is made of wool, and like all good tunics of that time it was never washed. The original sheep tallow in the wool made it a very good water repellent, so it was warm enough to wear when going over the short pass in snow in the winter. The oldest artifacts found, stone arrow points are about 6000 years old

and the newest are from viking times around 1200 A.D.

The Landbreen Glacier in central Norway grew, and from about 1400 to 2000 A.D. the pass was under the ice pack of the glacier. This proves that the climate was warmer  in roman and viking times than it was up till the 20th century. To prove this point we can see the temperature records from the Greenland icecap, at about the same latitude. (The temperature is in degree Celsius)

As we can see, there is a negative correlation between CO2 and temperature. This is counter-intuitive, but far more important than the amount of CO2 to affect the climate is the amount of clouds, the amount of snow they contain and when and where they occur. It turns out that clouds are the main temperature regulator for the climate, and we are eventually and slowly entering another ice-age. The recent rise in CO2 from 280 ppm to 405 ppm will delay the onset of the next ice age, surely arriving in the next 10000 years. Right now we are almost back to the conditions of the Medieval warm period, but still much below the ideal conditions during the Roman warm period. The climate is getting better. 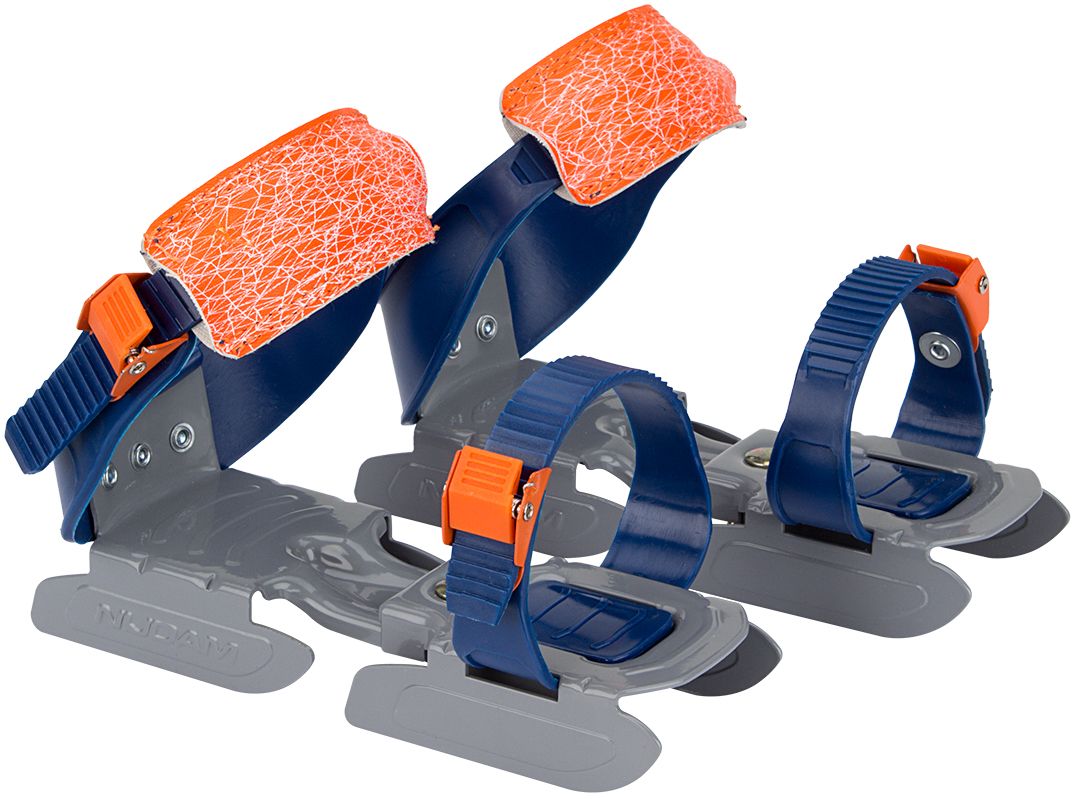 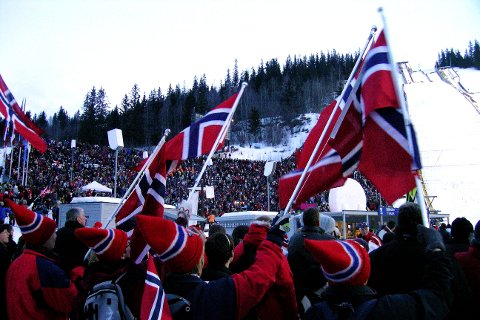 Sweden is in serious trouble. Once a peaceful country of Swedes with a smattering of Finns and refugees from the Baltic countries it has now swelled by about 2 million new arrivals, immigrants and  asylum seekers, mostly from Muslim countries. This year alone they are set to receive about 190,000 asylum seekers, nearly all from the Middle East and Muslim parts of Africa. In a country of less than 10 million inhabitants this causes great stress on the resources, so much so that the Government is saying: “If any more come, we will have to let them winter in tents”.  Yet they keep coming, by the thousands a day.

Sweden has made an effort to assimilate the immigrants. People with jihadist tendencies have been given preferential treatment in job placement in the hope that given a job they will change their behavior, leaving an increasingly jobless Swedish youth resentful.

The immigrants live mostly in segregated enclaves in the city suburbs. Such is the case with Kronogården, Trollhättan, and teaching in the schools there can be challenging. This afternoon, Swedish time, a man donning a star wars mask and an object that has been described as a sword, a machete, a Crocodile Dundee knife or a knife-like object depending on the eyewitness came to the school. The students gathered around him and wanted to hold the sword thinking it was a Halloween prank. A teacher got worried, called the Police and went up to the knife-wielding man to talk to him, but was promptly killed by the sword. In all two were killed and two students seriously wounded. The Police came and shot the perpetrator, a 20 year old man. He has been identified, and the

Police is now raiding his apartment. When I find out more I will update the post.

Update: Early reports say the perpetrator was a Nazi sympathizer and critical of Islam.

He had a clean record, was not known by the Police.

He had a job as an apprentice at a local firm.

his high school classmates are flabbergasted he could have done it. All considered him kind but withdrawn, living in his own world, spending his free time playing video and internet games.

Update: His name was Anton Lundin Pettersson. This is a very Swedish name. In searching his internet files he had no connection with any right wing organizations. He had downloaded one Nazi propaganda film and the music piece “När ondskan talar” (when evil speaks) on his computer. That was pretty much it.

Update: About the school where the murders took place.

Sweden believes strongly in culture centers. Such was the case with this school. It doubles as a public library and a culture center, complete with a Café. This café is located in the middle of the culture center, and is open to the public. It became

known as a “Gubbcafé” ( a place where older men congregate, spending hours looking at all the children passing by between classes and going to the school cafeteria.) In addition it is frequented by the immigrant community, mostly military age men making their observations and comments. The teachers and students have made numerous complaints that they felt unsafe and threatened, but nothing had been done before yesterday.

Sweden has now become the country with the second highest incidents of rape in the world, second only to South Africa. With the influx of another 180000 refugees, mostly military age men coming from a culture where any unescorted girl is free game, it can only get worse.

It has gotten so bad that Norway is considering closing the border with Sweden, something almost unfathomable until this latest invasion of refugees.

By comparison 180000 refugees coming to Sweden, a country of 9.4 million corresponds to a refugee flow of over 5 million into the U.S. in a year!

After the horrendous murders at the historical Emanuel African Methodist Episcopal Church in Charleston, South Carolina 17 June, President Obama said early the next day at the White House. “At some point, we as a country will have to reckon with the fact that this kind of mass violence does not happen in other advanced countries.”

Not to be outdone Hillary Clinton said at the beginning of scheduled remarks at the annual National Association of Latino Elected and Appointed Officials conference in Las Vegas: “We have to face hard truths about race, violence, guns and division,” and then continued: “How many innocent people in our country from little children, church members to movie theater attendees, how many people do we need to see cut down before we act?”

The Nordic countries  have very strict gun-laws, and the murder rate from guns is much lower than in the U.S. Yet , they have had their fair share of mass murders,

Scotland, population 5.1 million.
Shortly after 9 a.m. on March 13, 1996, Thomas Hamilton, a 43-year-old former Scout leader, burst into the gymnasium of a primary school in the tranquil Scottish town of Dunblane.
Within minutes 15 children aged five and six had died in a hail of bullets. One died later in hospital. Their teacher, Gwen Mayor, a 44-year-old mother of two, died in the attack, reportedly while trying to shield her pupils. Two other teachers were also seriously injured while heroically trying to protect children. Hamilton turned one of his four handguns on himself and was found dead at the scene.
Norway, population 5.1 million
OSLO — A lone political extremist bombed the government center here on Friday, killing 7 people, the police said, before heading to an island summer camp for young members of the governing Labor Party and killing at least 80 people. The police arrested a 32-year-old Norwegian man, Anders Behring Breivik, in connection with both attacks, the deadliest on Norwegian soil since World War II. Breivik was at first accused of being a fundamentalist Christian, but as the investigation started it was established he was bent on reestablishing Nordic Pride including the Nordic Gods and the time-old traditions.
Finland, population 5.3 million.

on November 7, 2007, at Jokela High School in the municipality of Tuusula, Finland, a gunman, 18-year-old student Pekka-Eric Auvinen, entered the school armed with a semi-automatic pistol. He killed eight people and wounded one person in the toe before shooting himself in the head; eleven others were also injured by flying shattered glass. Auvinen died later that evening in a Helsinki hospital.
He described himself as “a cynical existentialist, antihuman humanist, antisocial social darwinist [sic], realistic idealist and godlike atheist”

A year later, on September 23, 2008, at the Seinäjoki University of Applied Sciences[4] in Western Finland, a gunman, 22-year-old student Matti Juhani Saari, shot and fatally injured ten people with a Walther P22 semi-automatic pistol, before shooting himself in the head. He died a few hours later in Tampere (Tammerfors) University Hospital. One woman was injured.

Here are 4 horrendous shooting murders in very civilized and advanced countries in less than 20 years. The population of U.S. is 20 times larger than the combined population of Scotland, Norway and Finland. To have the same frequency of horrendous murders the U.S. should expect 80 mass murders in 20 years, of about 4 a year.

The common thread of these mass murders is that they occur in gun-free environments.  Obama’s assertion is therefore false, Hillary’s call for action is even worse: Removing legal gun ownership, but ignoring the multitude of illegal firearms, expanding gun-free zones to include whole high crime districts, leaving the illegal weapons possessors to rule those areas.

(The picture to the right shows the perpetrator, Dylann Roof with a jacket with the insignia of apartheid South Africa and Rhodesia, from his Facebook page, now taken down. Warning: The patches may be photo-shopped. One never know those things anymore.)

What is the solution?

Governor Sarah Palin had a fantastic link on her Facebook page : Prayers for  Charleston: http://www.ijreview.com/2015/06/347576-the-only-comment-on-dylann-roof-s-facebook-profile-photo-will-bring-you-to-tears/

Trust me, it will bring you to tears. Pray!