Environmentalists unite! Bring back the clothesline!

Some time ago we moved up to beautiful State College, PA, happy valley, where the thousand hills keep rolling on. It is said to be the best place for mental health in the nation and people seems to be happy, some driving their Toyota Priuses, some of them still displaying their Obama bumper stickers. But one thing is missing. With all these environmentalists around, where are the clothes lines? It turns out they are deemed unsightly, especially by home owners association by-laws. 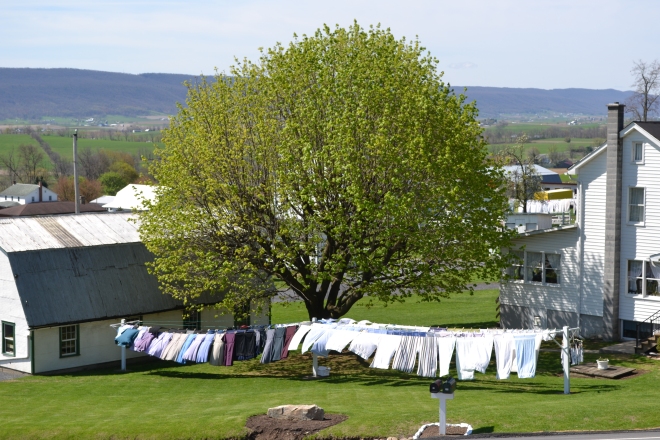 They even have boys and girls clotheslines!

Am I missing something? When the EMP pulse comes, either by a solar flare or a nuclear missile, the Amish never made themselves totally dependent on the electric grid. I fact, they shun getting connected to the “English” as they call it. That doesn’t mean they do not use electricity. Their cell phones are recharged via solar panels, and their buggy headlights are of the LED type, which drain only one seventh of the power on their marine batteries (solar recharged, of course).

So, who are the “flat earthers”? Certainly not the Amish. They are good stewards of the environment and obey all the new regulations (albeit grudgingly) from the Chesapeake Bay Commission.

2 thoughts on “Environmentalists unite! Bring back the clothesline!”