must be Russia, you see.

Did this have election impact?

The Russians are good hackers. They hack and sell passwords, hack and demand ransom to restore computers, hack for industrial and military espionage, I could go on. They have been doing this  since the internet started. The lower level hacking, such as Podesta’s e-mails, is usually done at the cottage industry level, the more sophisticated espionage is controlled centrally.

But Russia is not the only hacker. China is much more prolific, at least as sophisticated, and has the goods on all U.S. citizens (more than 20 million) with top secret or secret clearance, and all government employees.

Other actors are North Korea, Iran, Nigeria, and many US allies.

Are we innocent? Hardly. Here is a snapshot of one day in the world of cyber attacks

When all these hackings were starting the Bush Administration did very little to combat it. The Obama administration did even less as hackings grew in numbers and level of sophistication. By doing nothing, he gave away trillions of dollars worth of intellectual property, and jeopardized our security.

Now, after losing the election Obama wakes up and expels some some Russian diplomats from two compounds that have been doing mostly industrial and military espionage since the 70’s.

Then you went to London and said “If the U.K. voted to leave the E.U, Britain would be left back in the queue”. Brexit won convincingly.

You campaigned hard for Hillary Clinton and ridiculed Trump as much as you could. Trump won in an electoral landslide.

Now you think you have found the culprit: Putin’s Russia.

At least Trump is forming a group to report within 90 days how to handle cyber security in his administration and for the whole country. It won’t be easy or cheap, but it must be done to preserve freedom.

Did Hillary Clinton really win the popular vote? Let’s look at the result.

This may be because many Republicans in the state had nobody to vote for in November.

The candidates to replace Sen. Barbara Boxer were both Democrats. There were no Republicans on the ballot for House seats in nine of California’s congressional districts.

So, many perceived California as a one party state, and had no choice but to vote Democrat.

I worked for a while on the 2010 census, and it was an eye opener. We count people, not citizens. We count citizens, resident aliens, temporary work visa aliens, aliens with expired visa, illegal entry aliens, illegal entrants from countries who do not require a visa, in short everyone that does not state they are just tourists here very temporary. This census then serves as the basis for allocating congressional seats. California has an estimated 3.3 million illegal aliens and 3 million legal resident aliens. Most of the legal resident aliens and about half a million of the illegal aliens have drivers licenses. Many of the aliens with expired visa have a driver’s license issued to them when they were here legally.

The time comes to renew your license and one question on the application is: Would you like to register to vote? If you do not x the box they may think you are here illegally so you do. This brings up another form where they ask if you are a citizen. The form cannot be completed unless you complete this box. It is my suspicion that more than one of the millions of illegal aliens and resident aliens have obtained a voter registration. If any of them went ahead and voted, then any precinct that had an illegal vote should be eliminated from being counted due to voter fraud.

But in an interview in the Hispanic media President Obama more or less promised nobody will ever check your eligibility.

RODRIGUEZ: Many of the millennials, Dreamers, undocumented citizens — and I call them citizens because they contribute to this country — are fearful of voting. So if I vote, will immigration know where I live? Will they come for my family and deport us?

OBAMA: Not true. And the reason is, first of all, when you vote, you are a citizen yourself. And there is not a situation where the voting rolls somehow are transferred over and people start investigating, et cetera. The sanctity of the vote is strictly confidential in terms of who you voted for. If you have a family member who maybe is undocumented, then you have an even greater reason to vote.

It is time to clean out the voter rolls of not only dead people and people registered in more than one state, but also clean it from illegal voters. And if anyone has voted illegally, this act alone should be cause for immediate deportation. This may cause some disruptions in production and providing quality service, since many are very productive and otherwise good people, but our election process must be held to the highest standards. 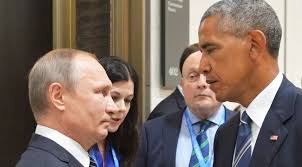 Soon to be ex-president Obama is at it again.

First he used U.S. taxpayer money to try to prevent the re-election of Israel prime minister Benyamin Netanyahu. Netanyahu won in a landslide.

Then he went to London to say “If the U.K. voted to leave the E.U, Britain would be left back in the queue”. Brexit won convincingly.

He campaigned hard for Hillary Clinton and ridiculed Trump as much as he could. Trump won in an electoral landslide.

He is now searching for a villain other than himself. He thinks he has found it in Russia.

“I have known since way back

This is what President Obama really told NPR Thursday Dec 15: “I think there is no doubt that when any foreign government tries to impact the integrity of our elections that we need to take action and we will at a time and place of our own choosing,”
Describing potential countermeasures by the US, the President said “some of it may be explicit and publicized; some of it may not be.”
He said he directly confronted Russian President Vladimir Putin about a potential US response, and said his counterpart acknowledged his stance.
“Mr. Putin is well aware of my feelings about this, because I spoke to him directly about it,” Obama said. 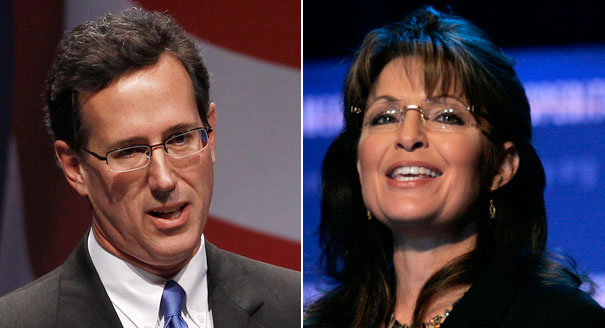 Here is how Sarah Palin can win the Presidency with Santorum’s help.
Announce tomorrow she is a candidate for the presidency but also fully supporting Santorum in states where the deadline is passed. She will challenge him that whoever has the most delegates when time for the winner take all primaries come around will continue, and the other will suspend his or her campaign in favor of the other. In exchange she will offer Santorum the VP spot, but promise Santorum he is free to choose whomever.
Romney and Newt are busy destroying each other and the Republican party.
Neither Trump nor Paul will mount a 3rd party challenge with Sarah in the ring since they recognize leadership when they see it and her solid financial credentials.
This works for a variety of reasons. The left will get two more people to try to destroy. Sarah has already been vetted beyond any candidate before her, they will not go after Santorum as vigorously as they would had she endorsed but not entered, the establishment will look like a dog between two sausages and cannot make up its mind who to attack first. The Democrats will concentrate on Sarah Palin being the real threat, but will be unable to lay a glove on her. Meanwhile, Santorum will be useful for the other fight, that of the Islamic threat to our country. When Santorum realized he was going to lose his senatorial bid to Bob Casey he let it all hang out and warned about the epic battle of the 21st century, the Islamization of the free world.
Together they will make it, and civilization will be rescued.