In early May, 2019, President Xi and Vice Premier Liu He, China’s top trade negotiator, visited a rare earth metals mine in Jiangxi province. This has led to the rumor that China is seriously considering restricting rare earth exports to the US. China may also take other countermeasures in the future. The trade negotiations between U.S. and China got a lot more serious. It extended far beyond tariffs and intellectual property, it began to involve control of strategic materials.

The first thing we must realize is that rare earth metals are not all that rare. They are a thousand times or more abundant than gold or platinum in the earth crust and easy to mine, but a little more difficult to refine. Thorium and Uranium will  also be mined at the same time as the rare earth metals since they appear together in the ore.

U.S. used to be the major supplier of rare earth metals, which was fine up to around 1984. Then the U.S. regulators determined that Uranium and Thorium contained in the ore made the ore radioactive, so the regulatory agencies decided to make rare earth metal ore subject to nuclear regulations with all what that meant for record keeping and control. This made mining of rare earth metals in the U.S. unprofitable, so in 2001 the last domestic mine closed down. China had no such scruples, such as human or environmental concerns, so they took over the rare earth metals mining and in 2010 controlled over 95% of the world supply, which was according to their long term plan of controlling the world by 2025.

The U.S. used to have a strategic reserve of rare earth metals, but that was sold off in 1998 as being no longer cost effective or necessary. Two years later the one U.S. rare earth metals mine that used to supply nearly the whole world, the Mountain Pass Mine in California closed down, together with its refining capacity. From that day all rare earth metals were imported.

The U.S. used to have a strategic reserve of rare earth metals, but that was sold off in 1998 as being no longer cost effective or necessary. Two years later the one U.S. rare earth metals mine that used to supply nearly the whole world, the Mountain Pass Mine in California closed down, together with its refining capacity. From that day all rare earth metals were imported. In 2010 it started up again together with the refining capacity but went bankrupt in 2015, closed down the refining but continued selling ore to China. They restarted  refining again late 2020.

So, why is this important? Just take a look at all the uses for rare earth metals. The most sought after pays all the cost of mining and refining, and the rest are readily available at nominal cost.

The Chinese almost got away with it, and that is but one reason the trade negotiations were so complicated and hard fought, but necessary. Donald Trump fought for reciprocity and fair competition.

For example, according to a 2013 report from the Congressional Research Service, each F–35 Lightning II aircraft requires 920 pounds of rare–earth materials. Who is making the most critical parts to this airplane? You guessed it – China, from our drawings and according to our specifications. 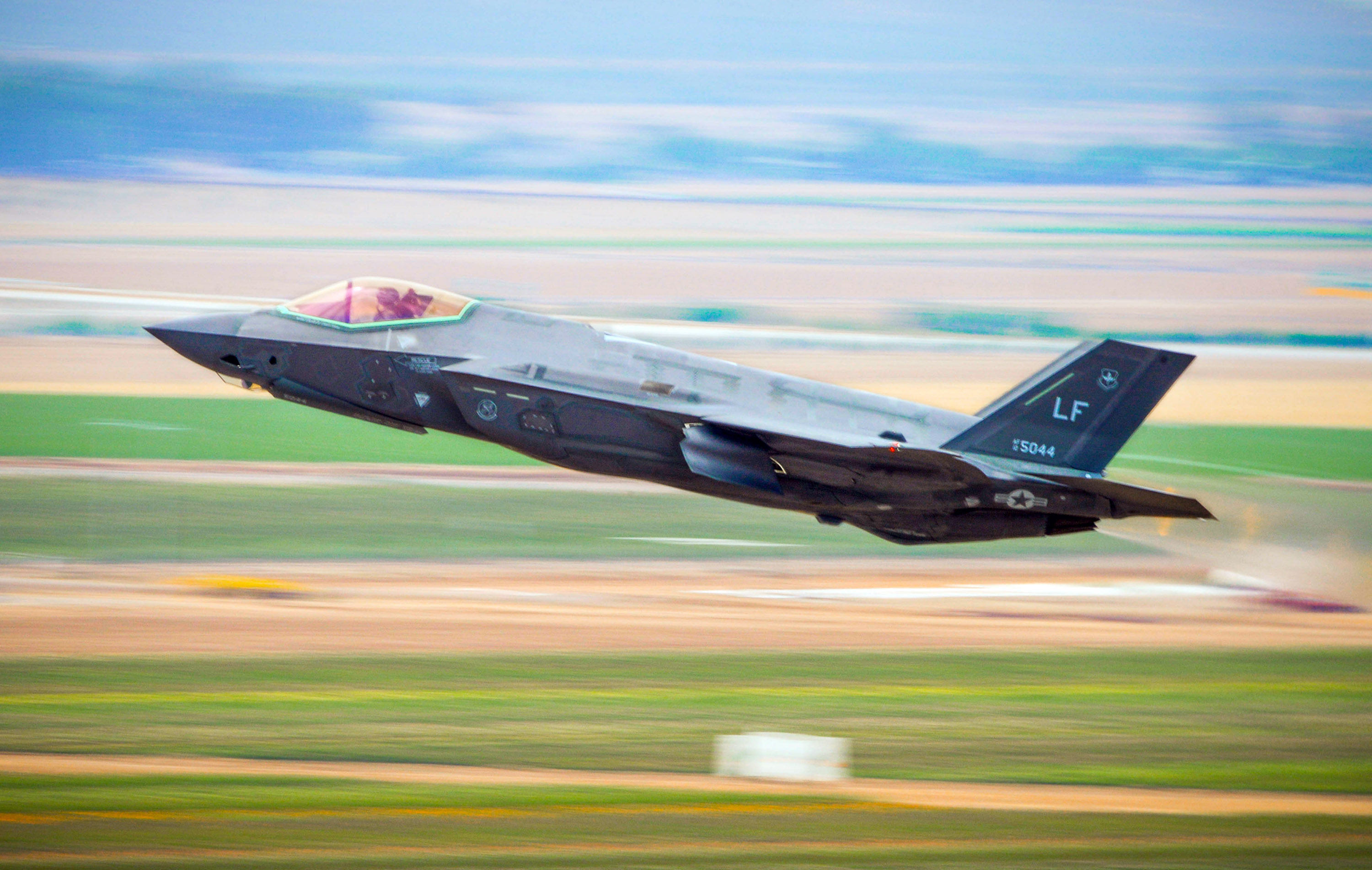 And here is a picture of the Chinese clone, the J-20, stealth capacity and all.

It is a lot cheaper to steal technology than to develop your own.

November saw the prices of all major Chinese-sourced rare earths spike, but especially those used in magnets. In particular, the research note mentioned neodymium, which is the most common rare earth used in making magnets, which rose by 27% since early in November, up over 50% year to date. Several other key rare earths also increased in value last month, including dysprosium (+17%), gadolinium (+9%) and terbium (+27%).

Another factor in the price surge is a new law that came into force in China on December 1, Hamilton noted. Known as the Export Control Law, it creates new regulations that give the government more control over such exports as technology and rare earths.

It turns out that Myanmar provides half of China’s need for neodymium and dysprosium, so any disruption in the supply would be most unwelcome for China.

China has been hard at work trying to keep a near monopoly on rare earth metals, by securing patents> Here is a chart of recently issued patents 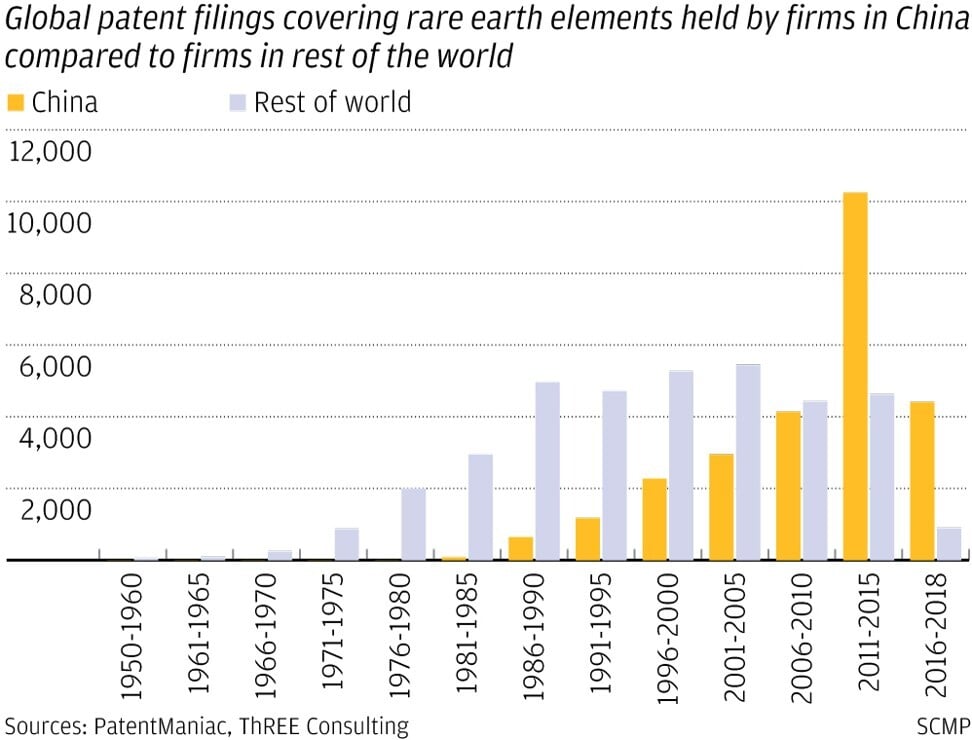 Yogi Berra once said: Predictions are hard, especially about the future Here are the predictions for rare earth metals prices:

On February 1 there was a coup in Myanmar, and the military took over power. Prices of some rare earth metals spiked to more than estimated 2025 levels.

China has been quietly exploring the economic damage it could inflict to US and European companies – including defense contractors – if they were to impose export ‘restrictions’ on 17 rare-earth materials, according to a report in the Financial Times.

FT added that “[t]he Ministry of Industry and Information Technology last month proposed draft controls on the production and export of 17 rare earth minerals in China, which controls about 80% of global supply.”

Before being voted out of office, President Trump and his administration sought to take steps that might help the US limit China’s resource dominance in this area, including signing an executive order declaring a “national emergency” in the US mining and minerals industry (much of which remains focused on digging coal out of the ground). China has been widely acknowledged as dominant in the rare-earth minerals market for decades.

But with Trump out, and a much more China-friendly administration back in power in Washington, it looks like Beijing is already considering playing hardball to get what it wants.

Meanwhile, the Biden administration is considering sanctions against Myanmar, a country that is poorer than Bangladesh.

China is the world’s dominant producer of rare earths, a group of 17 minerals used in consumer electronics and military equipment. But it relied on Myanmar for about half its heavy rare earth concentrates in 2020, says Adamas Intelligence managing director Ryan Castilloux.

Myanmar is therefore an “exceptionally critical supplier of … feedstocks that are essential ingredients in high-strength permanent magnets for electric vehicle traction motors, wind power generators, industrial robots and a wide array of defense-related applications”, he said.

There has been no sign of disruption for now, since Myanmar’s rare earth mines are under the control of autonomous militia groups, but the test will come after the Lunar New Year holiday, which has just ended.