Should California be divided into 2 states?

I have been thinking about the merit of dividing California into 2 states. It really makes sense on so many fronts.

The name of the states should be California and Pacifis – after Atlantis that sank into the ocean.

California already have inspection stations for agriculture goods and it would be relatively easy to set up more along the Fault lines. Then as the area west of the San Andreas fault physically secedes from the mainland it is logical to allow Pacifis to politically secede from the United States.

Droughts, earthquakes all make it recede.

For west of the fault line

Decline is the byline.

From Bay to LA all agreed.

Over 3/4 of all people of California live west of the San Andreas Fault and nearly 70% of them voted for Hillary Clinton in the 2016 election. There is a movement to have California secede. That is not fair, the part east of the Fault line is really part of America, the whole Central Valley is really flyover Country, much like real America. The language may be Spanish in part, but that too is real America.
An added benefit. Pacifis can then be presented with the full bill for imported water and electricity. 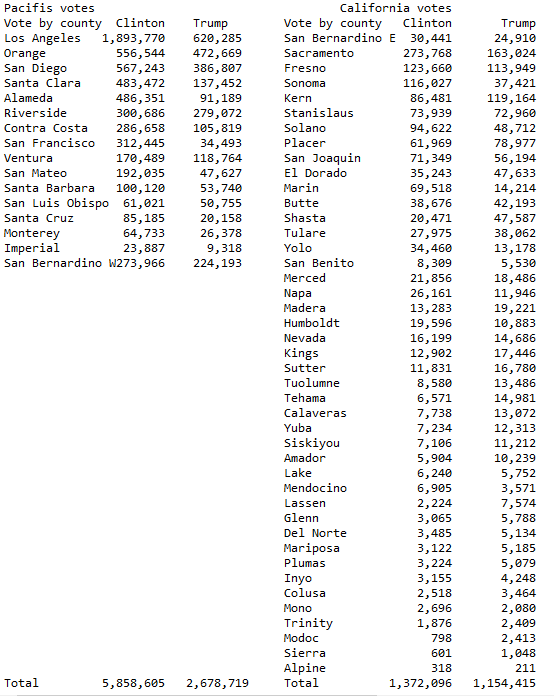