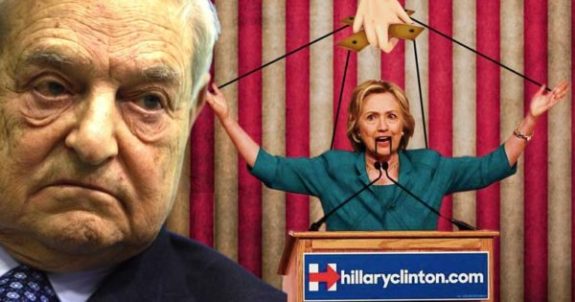 Soros, who has given almost $10 million to Clinton super PAC Priorities USA, is a major funder of Black Lives Matter. The Washington Times reported in August that Soros has given at least $33 million to the group through the Open Society Foundations (OSF), which he funds and controls.

Both OSF and Clinton have called to crack down on police officers’ “implicit bias.”

Furthermore, emails between longtime Clinton operative and current chair of Hillary’s campaign, John Podesta, and George Soros funded groups reveal not only anti-Catholic bigotry, but a specific agenda to create a “revolution” to overthrow what they call “the middle ages dictatorship” of the church that is the faith home of nearly 70 million Americans, and 1.2 billion people worldwide.

In all there are well over 50 mentions in the wikileaks emails about the important leading role of George Soros in both the White House administration and the Clinton Campaign.

This leads to verse 99 of the Obama impeachment song (as if sung by President Barack Hussein Obama to the tune of “Please release me, let me go”)

Soros is my real boss

We hate Christians and the cross.

We’re puppets, it is your Country’s loss.