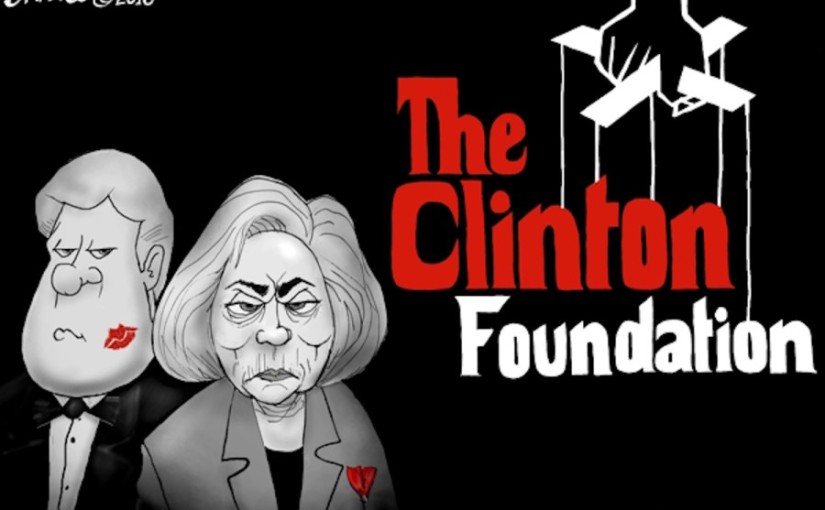 From the Washington free Beacon:

The Wall Street analyst who uncovered financial discrepancies at General Electric before its stock crashed in 2008 claims the Bill, Hillary, and Chelsea Clinton Foundation has a number of irregularities in its tax records and could be violating state laws.

Charles Ortel, a longtime financial adviser, said he has spent the past 15 months digging into the Clinton Foundation’s public records, federal and state-level tax filings, and donor disclosures. That includes records from the foundation’s many offshoots—including the Clinton Health Access Initiative and the Clinton Global Initiative—as well as its foreign subsidiaries.

According to Ortel’s reports, the contribution disclosures from the Clinton Foundation don’t match up with individual donors’ records. He also argued that the foundation is not in compliance with some state laws regarding fundraising registration, disclosure requirements, and auditing rules.

This week, Ortel is starting to release his findings in the first of a series of up to 40 planned reports on his website. His allegation: “this is a charity fraud.”

This adds one more verse to the Hillary Clinton nursery rhyme:

“It’s none of your business, for I am the Queen.”

“A charity fraud; a Clinton creation.”