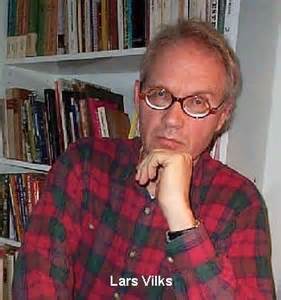 Gunfire in Copenhagen art debate featuring the theme “Blasphemy and freedom of speech”. The featured speaker was to be the Swedish Cartoonist Lars Vilks, famous for his Muhammad Cartoons. The gunfire started before he was to speak.

First a background on Denmark and its people:

The Danes, a friendly people are hard to impress and hard to scare. Lately, they too have had to take in their fair share, (as defined by EU) of Muslim refugees and immigrants. The Danes decided to distribute them evenly across the country and thus they would be absorbed into Danish culture in no time. After all, they had successfully assimilated even the Gypsy. However in mid 2000 they experienced a few honor killings in their peaceful country, since some young women sought to assimilate into Danish Culture. The Danish judicial system decided to apply Danish law on the perpetrators and everyone associated with one honor killing got long prison terms, including the taxi driver who provided the getaway car. The Danish newspaper Jyllandsposten gave it maximum publicity. This didn’t sit well with the Muslim Imams, so they complained and threatened them, telling them to stop writing evil of our sense of honor or else. The newspaper editors responded with a competition who could produce the best Muhammad cartoons, and so in 2007, slowly at first, but the religion of peace activists grew angrier and angrier and a total of about 93 people were killed worldwide. The results linger as we saw in Paris lately. 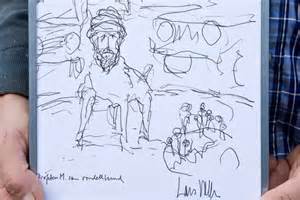 Now back to the Cultural center “Krudttønden” (The Powder Keg) in Copenhagen.

Two armed gunmen opened fire at the attendees of the debate, one gaining entrance through the kitchen, and the other shooting from the outside through the windows.

About 30 shots were fired from automatic weapons, more powerful than the police weapons

The getaway car, a stolen VW Polo was found a few blocks away but the gunmen, described as “Of Mideastern Descent” are still at large.

There were 40 shots at the Culture Center.

They now think there was only one gunman at the culture center, not two as first reported

The first shooting at around 4:p.m. local time.

There has been a second shooting outside the Jewish Synagogue on Krystalgade in Central Copenhagen about 12:45 a.m. Monday, three people wounded, including 2 policemen, one shot in his head, the policemen with flesh wounds.

There also may be a shooting at the Norreport Metro Station, two blocks from the Synagogue.

The person killed outside the synagogue, 37 year old Dan Uzan was standing guard safeguarding a Bat Mitzvah (coming of age for 12 year old Jewish girls). He was a member of the Synagogue.

After a shootout the perpetrator,  22-year-old Omar Abdel Hamid El-Hussein,a person on the police watch-list was killed by the police.

A second arrest has been made, reason unknown.