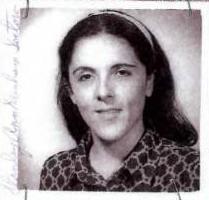 Responding to a Freedom of Information Act request, the State Department has released passport records of Stanley Ann Dunham, President Obama’s mother – but records for the years surrounding Obama’s 1961 birth are missing. The State Department claims a 1980s General Services Administration directive resulted in the destruction of many passport applications and other “nonvital” passport records, including Dunham’s 1965 passport application and any other passports she may have applied for or held prior to 1965.

The papers are gone

When she birthed her son

All the conspiracy buffs are engrossed.