Romans 6. The three most important truths are:  “Reckon ye also yourselves to be dead indeed unto sin, but alive unto God through Jesus Christ our Lord.” “But now being made free from sin, and become servants to God, ye have your fruit unto holiness, and the end everlasting life.“ and “For the wages of sin is death; but the gift of God is eternal life through Jesus Christ our Lord.” It is a fantastic chapter, read it and meditate.

Esther 2. The search for a new queen was on and Esther became the new queen. Mordecai, Esther’s cousin, uncovered a conspiracy against the king.

Esther3. Enter Haman, an Agagite. (There was great animosity between the Agagites and the Jews since the time of king Saul.) He was great in the kingdom, and everybody bowed down to him – except Mordecai. This enraged Haman, so he offered 750 tons of silver to the king’s treasury for being allowed to kill all Jews. Fair enough, deal signed and sealed, (and the king’s seal cannot be undone.)

Esther 4. Mordecai persuaded Esther to risk her life to save the Jews, and Esther’s response was “If I perish, I perish”. 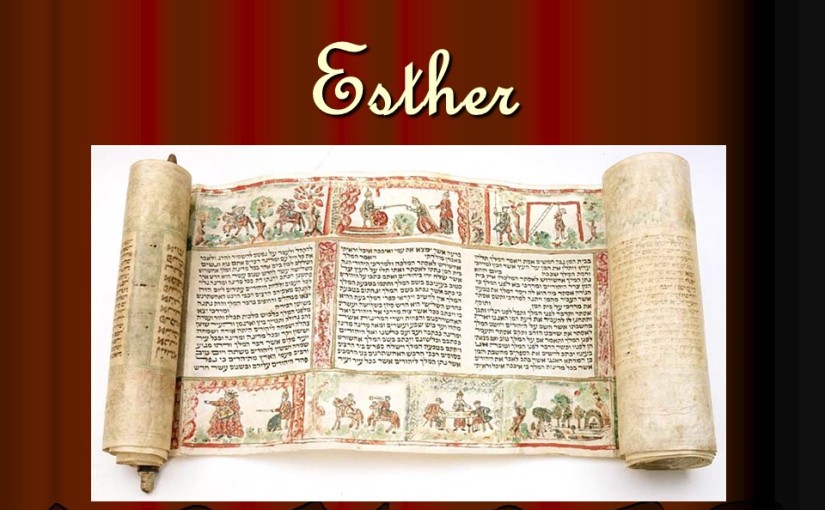 Esther 4, Mordecai persuades Esther to risk her life to save the Jews. 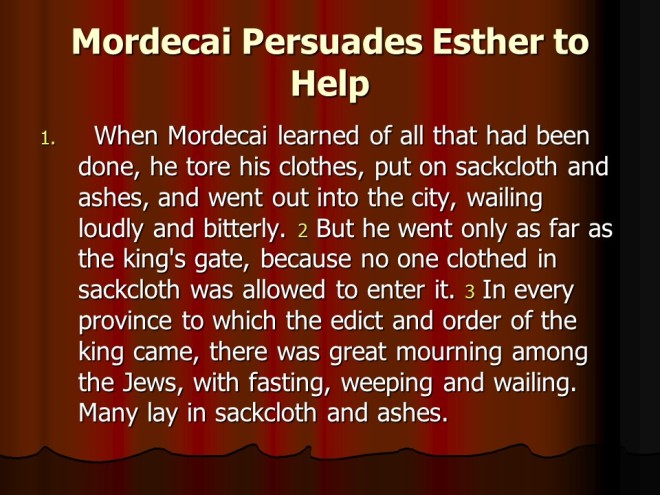 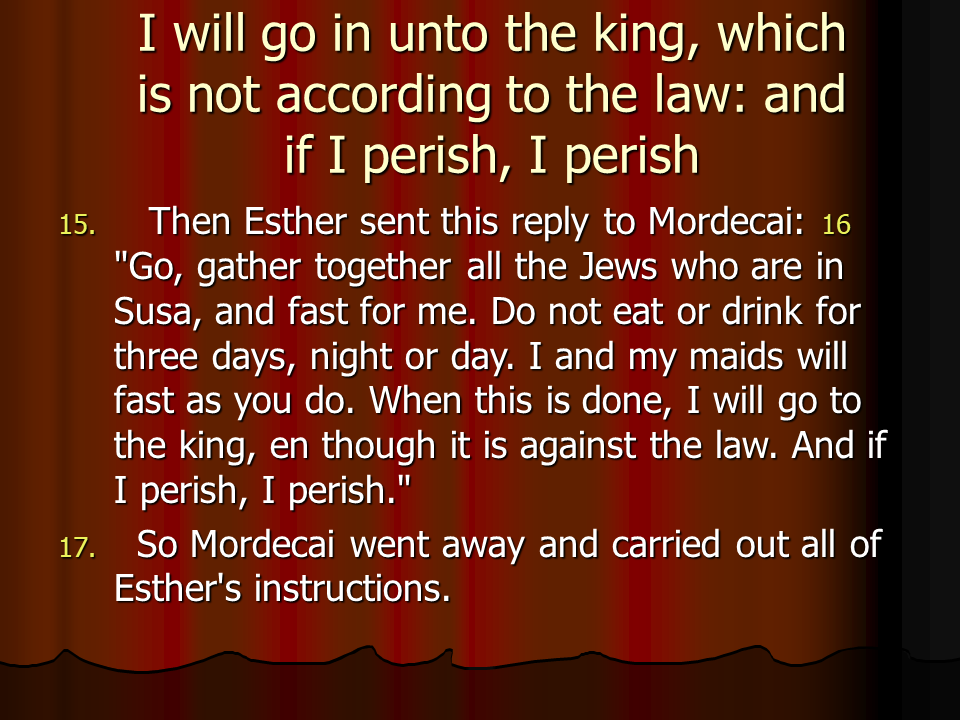