98,880 spam blocked by Akismet
Campaigning in Western PA
Is not what you think, this I say
For the Amish take part,
Vote for life, with their heart,
vote Trump, to the left’s great dismay. 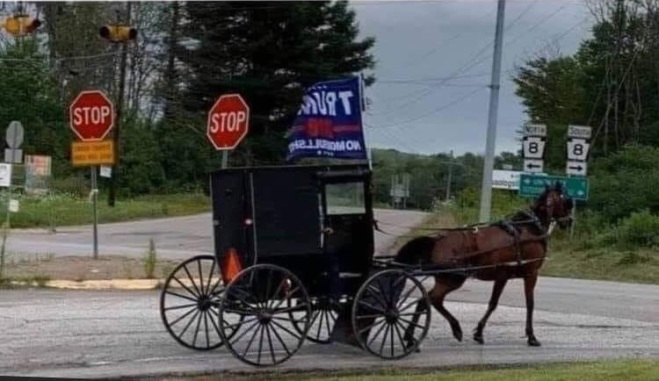 I may be wrong on this buggy. The campaigner may not be Amish after all. He may be an Old Order Mennonite. That Order is even more conservative than the Amish. But they used to have one thing in common. They did not mingle with the English, and they did not participate in politics, and they did not vote. You may have seen cute pictures like this, thinking they still live like in the 18th century. 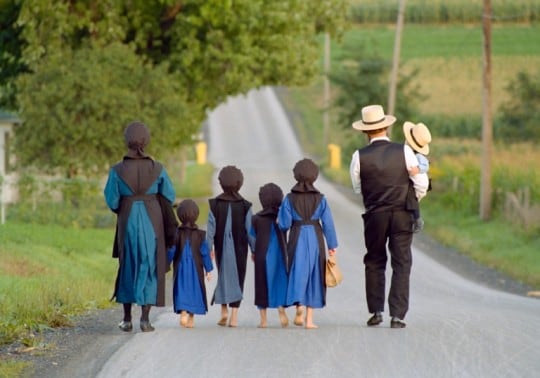 Nothing could be further from the truth. It is true, they didn’t use to vote. But in the 2000 election they started voting, and they voted pro life. They were always law abiding, and were allowed to keep their one room school houses with 8 year education, were allowed to have their own pooled medical services, and maintained their religious exemption from military service and social security. Do they really shun electricity? The picture below shows a recently built Amish homestead with the telltale clothesline, but also a small wind turbine and four solar panels to provide 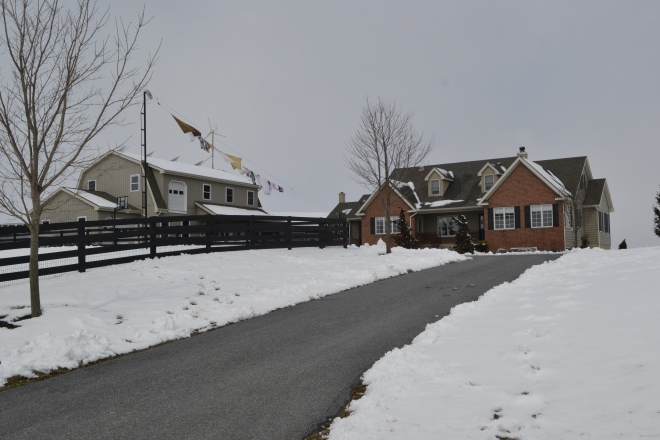 electricity. Contrary to popular opinion the Amish do not shun electricity, they just want to be left unconnected to the “English”, in other words, live off the grid. Their desire to be independent force them to be resourceful and innovative, since they also follow the law of the land whenever possible. So it was, when the farms were mandated to refrigerate the milk before pickup they installed electric coolers. The electricity was generated by diesel generators, so bingo, they could get electricity for their workshops as well, and turn from primitive hand work to fully modern wood workshops, I know, they provided a first class kitchen for our home in Intercourse. They had a problem, federal law mandated headlights on their buggies to be street legal. The propane lights with gas stockings burned well, but were too fragile to last the bumpy buggy rides so they installed car headlights running on car batteries. They had to be charged often, and it became quite expensive, so the Amish in 2003 made the first commercially available LED headlights for their buggies, thereby extending battery life more than ten–fold for a marine deep-charge lead-acid battery, from six hours to 100 hours. 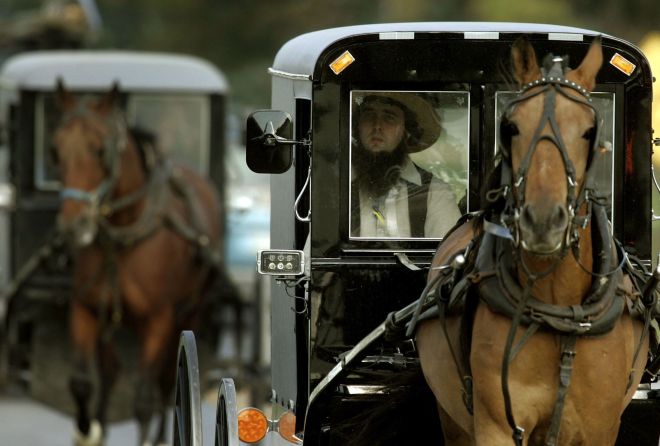 Even at 120 dollars a piece it made economic sense. How do you charge batteries? This is where the solar panels come in, they are used to charge the batteries. When the sun doesn’t shine the wind may blow, a reasonable backup. Now they have 12 volt electric power. The next step was to wire the house and install 12 V LED lights and provide 12 volt DC or 24 volt AC outlets for small appliances. The lights are great, but many appliances are still run the hard way, diesel engines providing compressed air, which run their wells with jet-pumps and in their hand mixers they take out the motor and replace with a compressed air motor. The LED lights beat kerosene lamps any day for efficiency, and even a compressed air driven refrigerator is much more efficient than a kerosene  refrigerator.

So if the grid goes down for an extended period of time, who is better off? The Amish are far ahead of us in preparation for catastrophes.

And the Amish do get together and fellowship for any reason, but mostly for their Sunday services, which are held in the upper room of their workshops, or in the kitchen for the women and the basement for the men. The horse-drawn pew-mobile is in the picture above, to the right. This is a tell-tale sign who hosts the service next time.