Without a double blind study of the effectiveness of HCQ + Zn +Zmax the evidence is in. This chart show the difference: 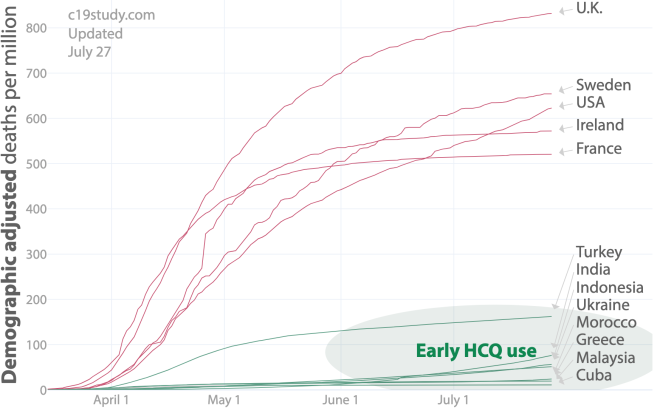 Of these countries France stands out. It did not use the HCQ+  package in the beginning, but after two very positive studies the doctors starting prescribing the early treatment, and since then France show a pronounced decrease in new deaths.

The study shown here lists both positive and negative studies. All negative reports have been with hospitalized patients where the second phase, the “storm” has already set in. At this late stage the HZQ+ treatment may even worsen the situation. For these cases stereoid treatments or Remdesivir may offer the best hope. Early treatment, both as prophylactics early intervention were all positive (over 30 studies) whereas late intervention studies were only 61% positive.

Here is but one of the scholarly papers listing treatment options. It has been out since April 6, so the treatment options have been known for a long time. Meanwhile, our medical professionals are waiting for the double blind study, and in the meantime people are unnecessarily dying by the thousands.