Produces electrical energy at about 4 cents per kWh. 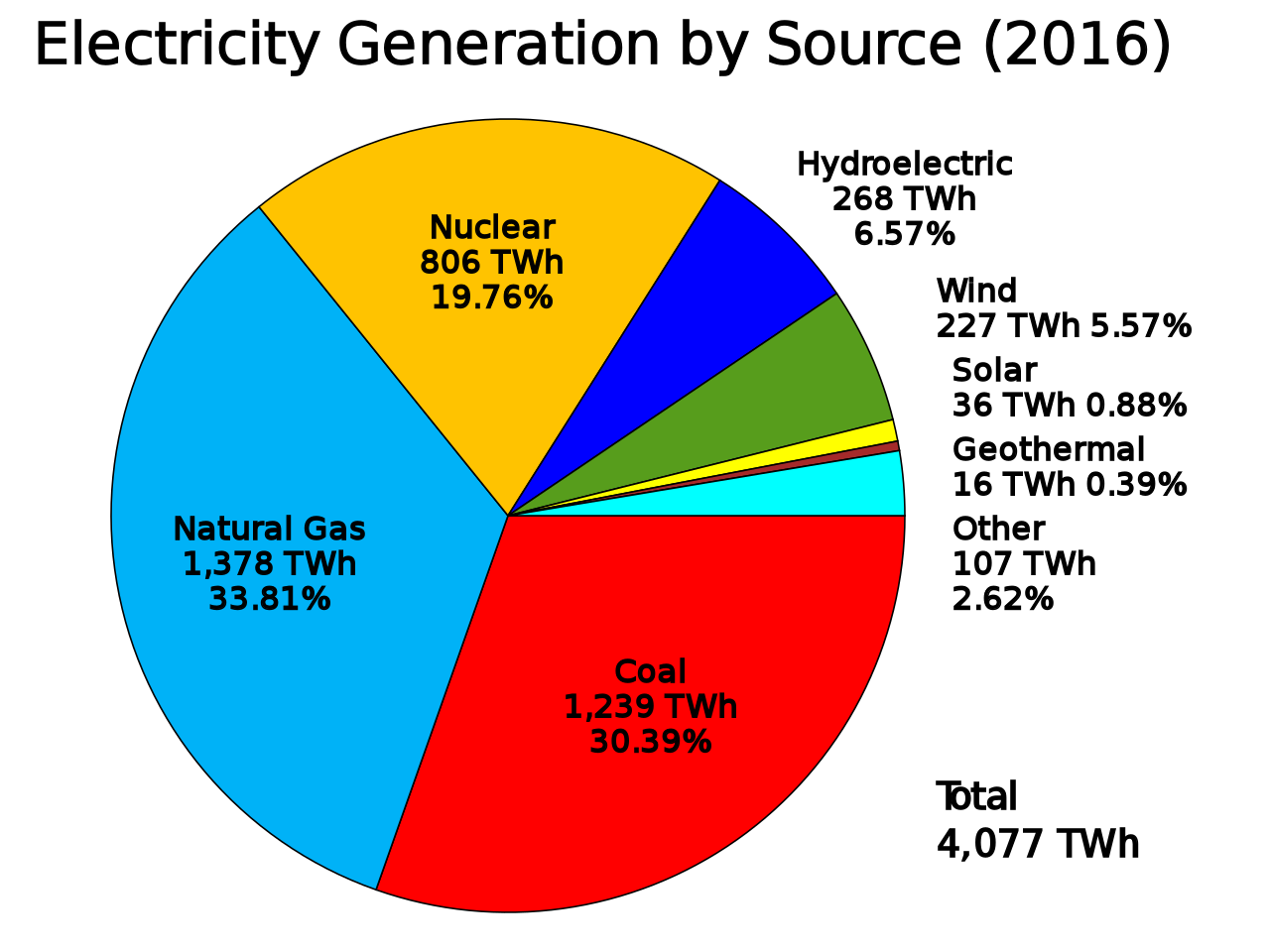 The cost to produce electricity with Thorium nuclear power should be about 40% less than Advanced Nuclear and about 30 % less than from Coal (with scrubbers)  Solar generation is about 4 times more expensive (without subsidies) Wind power is cheaper when the wind blows, but the generation capacity has to be there even when the wind doesn’t blow, so the only gain from wind power is to lessen the mining or extraction of carbon. In addition, wind power kills birds, the free yearly quota of allowable Bald Eagle kills was upped from 1200 to 4200 during the Obama administration. (https://lenbilen.com/2019/04/12/what-is-more-precious-babies-eagles-or-fighting-climate-change/). Golden Eagles and a few other rare birds has a quarter of a million dollar fine associated with their kills. If wind power is increased without finding a solution to the bird kills, whole species may be extinct. Solar power is, and will be used in special applications such as on roofs for backup and peak power assist. Hydroelectric power is for all practical purpose maxed out, so nearly all future increase must come from Coal, Natural Gas, Petroleum or Nuclear. Thorium powered Nuclear Generators is the way to go.