Since the legal delays made it impossible to put the question of citizenship back on the 2020 census forms, where it had been from the 1800’s to 2000, President Trump issued an executive order directing the Commerce Department to obtain citizenship data through means other than the census. That includes documents from the Department of Homeland Security, which houses citizenship and asylum services, and the Social Security Administration.
The order was signed and released to reporters late Thursday night. The Justice Department notified federal district judges of the administration’s decision.
Sharing of data between federal agencies has always been a sticky point, since federal agencies jealously protect their turf. The introduction of Obamacare changed all that, so the legal hindrances were removed for sharing data.

Obamacare did blaze the trail

of sharing of data, no fail.

can be found out somehow.

It’s better in every detail.

We all remember the introduction of the Obamacare website. It will stand out as an example for all time how not to design a website. The cost was estimated to be 95 million dollars to design and implement. The final cost was more than 2.2 Billion dollars, maybe an all time record for a website. There were many reasons for this overrun, one of which was it had to import a number of data bases and read the data securely. One of the features of Obamacare was that you were not eligible to enroll if you was not a citizen, so they needed full access to all that data. If the need for sharing had arisen first now, imagine the legal delays!

Since the citizenship question on the census form was voluntary, this is a much better way to obtain somewhat accurate data (the drug runners and child traffickers and sex slaves will never be counted accurately anyway)

One final question: Who took the citizen question off the 2010 long form census and why? 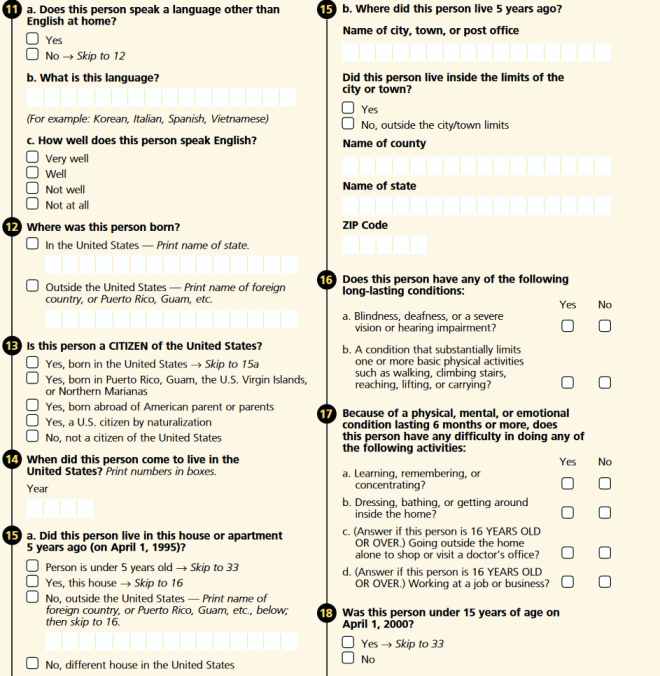