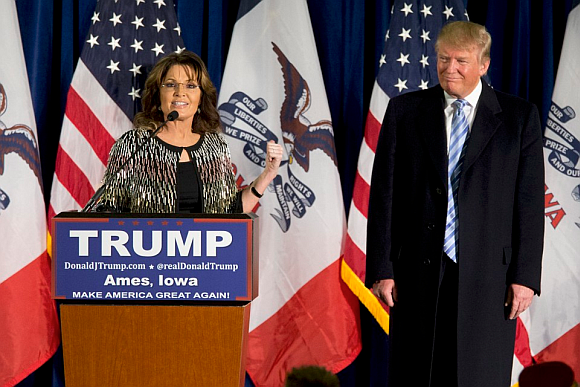 The Lady and Trump on the stump

help Donald get over the hump.

added fuel to the flames.

The burn on the stump is with Trump.

Why did Sarah Palin endorse Trump over her previous favorite Ted Cruz?

The best exclamation is that pragmatism wins over purity.

Both Sarah and Donald want to shake up Washington.

Both Sarah and Donald speak their mind and are not afraid to tackle politically incorrect subjects.

And they both agree the most important issue facing us today is the epic battle against Islamic extremism, Jihadic terrorism threatening our very existence.