As Air America Radio once pointed out:

“It is an ironic juxtaposition of events: one involves a meaningless ritual in which we look to a creature of little intelligence for prognostication while the other involves a groundhog.”

This gem was originally aired in 2007  but is much more àpropos today. Air America is now defunct, for obvious reasons, not related to this  quote. This year the State Of The Union message is a week early, but seeing his vacation picture I could not help but make some observations:

Obama is looking too scrawny; 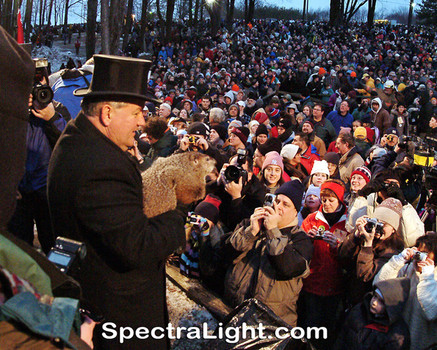 too chicken to face the Irani.

For he can’t cope with stress,

so he works less and less.