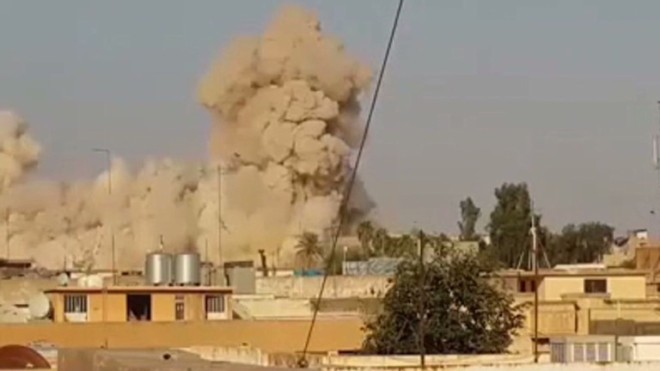 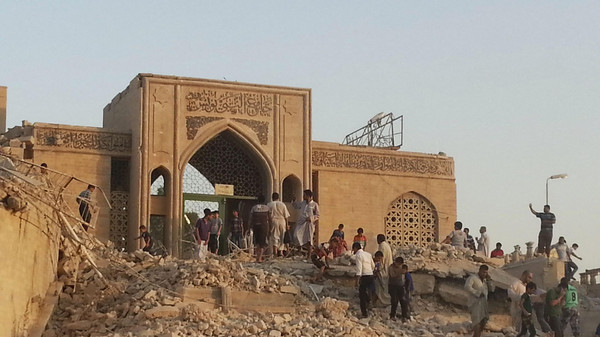 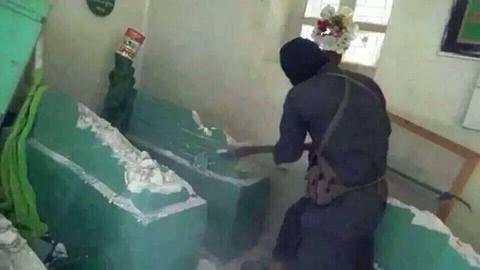 ISIS (Islamic State of Iraq and Syria) blew up the Tomb of Jonah in Mosul. Why?

Jonah is a prophet according to Jews, Christians and Muslims.

The Bible book of Jonah is short, only 4 chapters long and speaks of a most unwilling prophet being told by God to go to Nineveh and tell the hated Assyrians to repent. Jonah wants nothing of that so he tries to go the other way, boards a ship for Tarshish to escape God’s will for him. But (read the story for yourself, it is only 47 verses long) he was swallowed by a great fish and gets spit up on dry land three days and three nights later.

Then he goes to Nineveh and to his great dismay they repent and God spares them so they can continue to pester the Israelis.

In the Quran there is also a book of Jonah (Surah 10, Yunus (Jonah)). It has 109 verses and deals with what Jonah allegedly told the inhabitants of Nineveh. According to Muslim tradition he was buried in what is now a part of Mosul.

The Prophet of Jonah has a special significance for Christians, since the Lord Jesus said: Matthew 12:38-41  Then some of the scribes and Pharisees answered, saying, “Teacher, we want to see a sign from You.”

39 But He answered and said to them, “An evil and adulterous generation seeks after a sign, and no sign will be given to it except the sign of the prophet Jonah. 40 For as Jonah was three days and three nights in the belly of the great fish, so will the Son of Man be three days and three nights in the heart of the earth. 41 The men of Nineveh will rise up in the judgment with this generation and condemn it, because they repented at the preaching of Jonah; and indeed a greater than Jonah is here.

The question remain: Why does ISIS blow up Tombs and Shrines?

My guess is that ISIS tries to regenerate the Caliphate from today with no memorial places to put them in a historical perspective, but like the Chinese ruler Qin Shi Huang, that built the Great wall, He wanted all history to begin with him, so much so that he had his own mother killed, so do ISIS want to eradicate history.

one alternate explanation may be found in Muhammad’s last words as recorded in the Hadith, Volume 2, Book 23, Number 414: Narrated ‘Urwa: Aisha said, “The Prophet in his fatal illness said, ‘Allah cursed the Jews and the Christians because they took the graves of their Prophets as places for praying.”‘ Aisha added, “Had it not been for that the grave of the Prophet (p.b.u.h) would have been made prominent but I am afraid it might be taken (as a) place for praying.

Very conservative Sunnis take this seriously, so all graves must be unadorned, no tombs of any kind. Shias on the other hand are big on shrines and tombs. This may lead to a war of attrition between Sunnis and Shias. As is recorded in Ezekiel 38:21  I will call for a sword against Gog throughout all My mountains,” says the Lord God. “Every man’s sword will be against his brother. 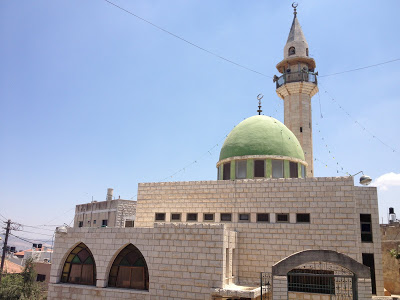 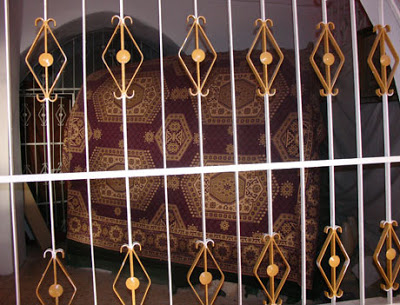 Their soldiers rape, mutilate and pillage at will. They even announced in Mogul newspapers that all virgins should do their duty and service the ISIS soldiers for the sake of Jihad.

The command to Christians left in Mosul is: Leave, pay Dhimmitude tax, convert or die.

This is the new face of Islam.

This is the Israel tomb of Jonah in the Arab village of Mash’had, 3 miles NE of Nazareth, Israel.