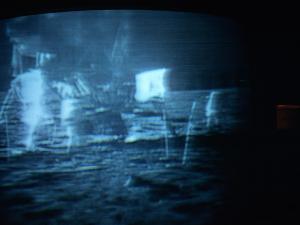 It was the 20th of July 1969 and my wife and I had been in the U.S. for a little over a year. We were sitting in the living room watching the moon landing and saw real live feed from the moon. President Nixon said in for him an unusally excited voice “This is the greatest week in the history of the world since the Creation.” Well, those were the days:

And here is the limerick:

Forty-two years ago was “a small step for man”

Too bad as a nation we no longer can.

As NASA deserts us

And “science” perverts us

We are in retreat with no sensible plan.

A Chinese official kicked off an international robotics conference in Shanghai by confirming China plans to send a robot to the moon within two years and aims to bring a lunar sample home by 2017.