In the three chapters for today Jesus in the Gospel of Matthew described what the Kingdom of Heaven is like via parables , then in two chapters of Exodus there is a detailed description of the Tabernacle.

In Matthew 13 Jesus told many parables on the Kingdom of heaven: The sower, the wheat and tares, the mustard seed and the yeast, the hidden treasure, the pearl of great price and the fishermen and the net. Then Jesus explained what the parables meant to his disciples. The parables were well received, except in his own hometown, about which Jesus said: ” Only in his hometown and in his own house is a prophet without honor”.

Exodus 36 describes in detail how the tabernacle was built.

Exodus 37 continues describing how the Ark was built with its cherubim,( by necessity very sketchy since nobody would be allowed to see them once they were made,)   the table, the lampstand and the altar of incense. 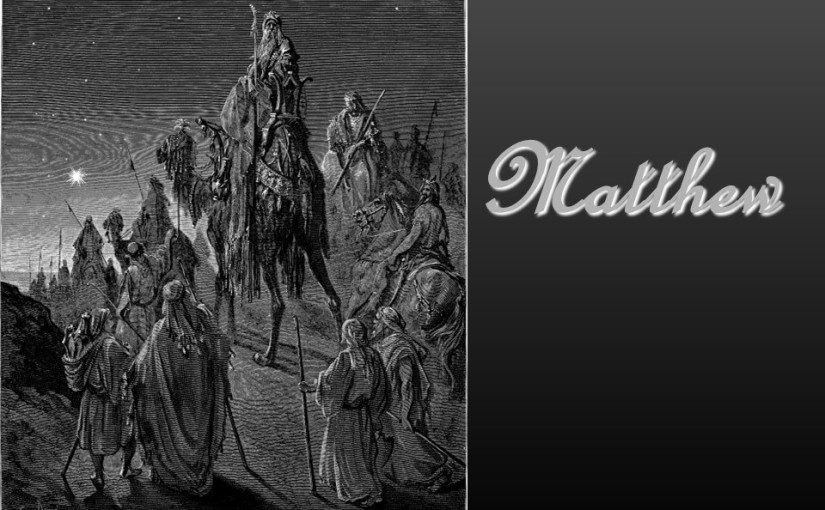 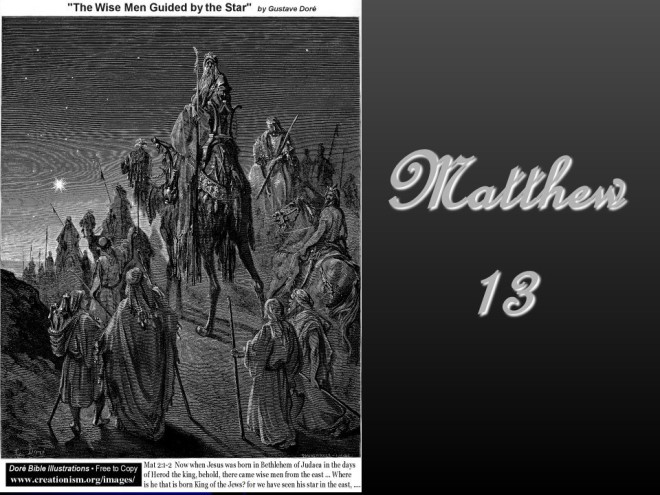 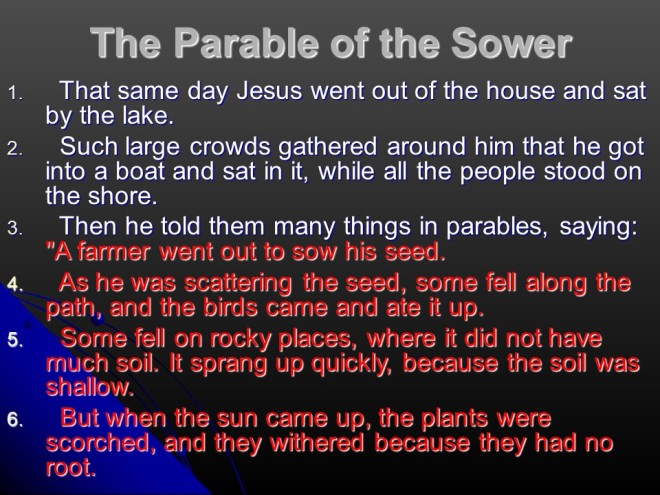 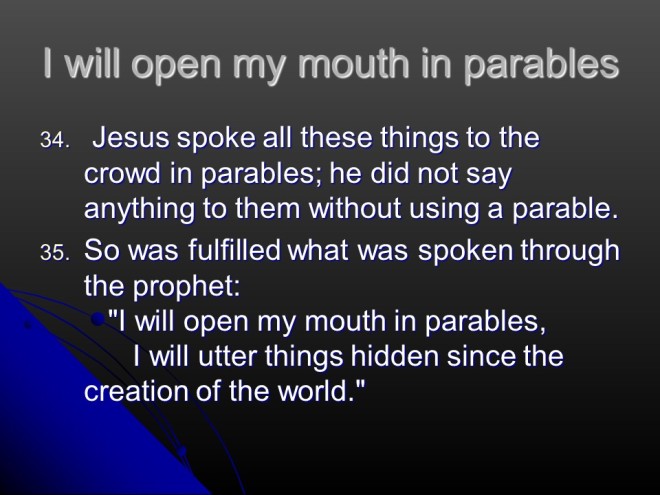 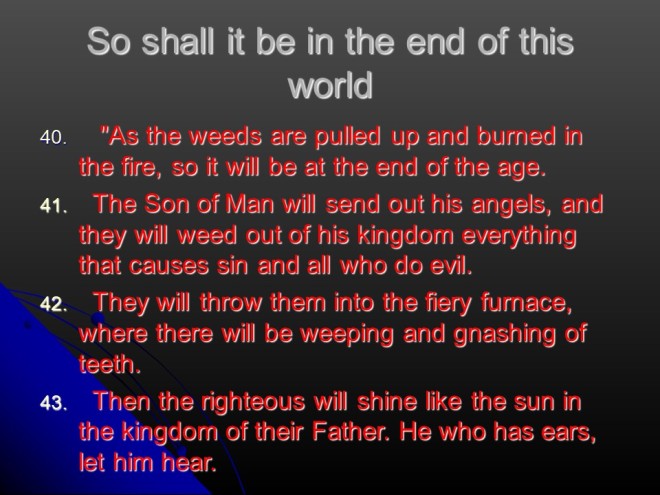 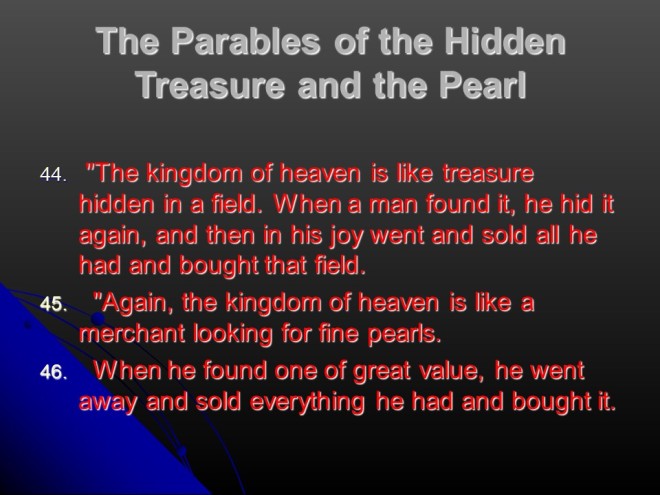 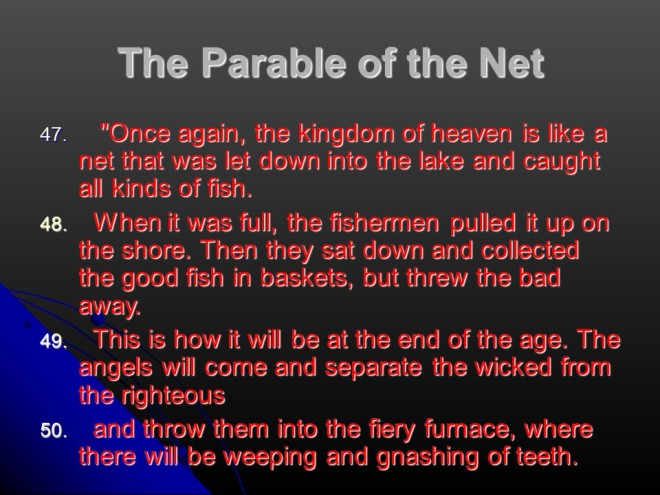 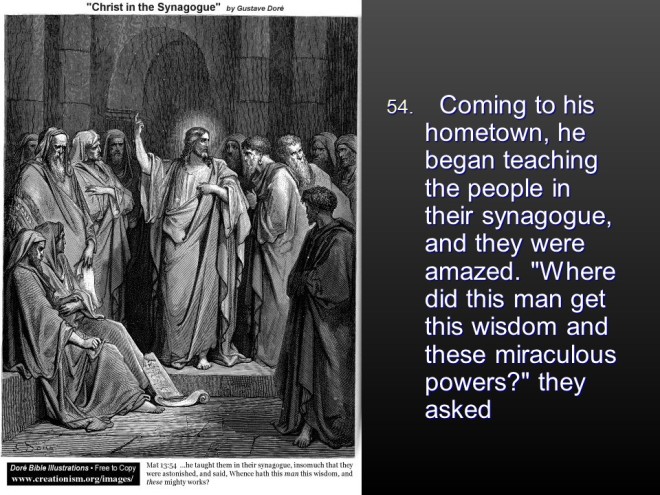 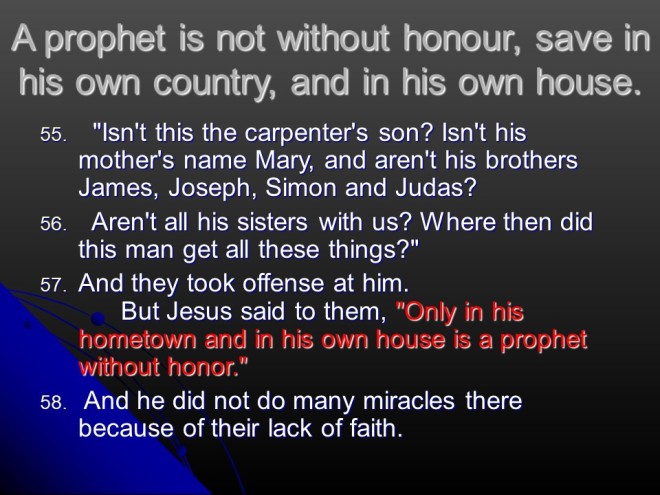