This hymn passes the test of the ages, the accompanying pictures are of course dated, the warfare goes on. The hymn is as relevant now as when it was composed. Hymns based on God’s word pass the test of time, as the spiritual warfare increases.

Don’t trust in Idols, they are worse than useless.

Continuation of the LORD’s punishment continued from previous chapter.

The Achaemenid Empire was founded by Cyrus the great in 550 B.C.

Alexander the Great conquered practically all of the Achaemenid Empire

At Alexander the Great’s death the people around him asked “To whom will you give the Empire?” His answer “To the strongest” It was, after much fighting and intrigue divided into four parts, or five if the original Greece was included.

Many prophecies have more than one fulfillment, one relatively immediate and one in the distant future. This is the case here.

That was then, this is now. Notice the Muslim world covers much the same area as the Achaemenid Empire and of Alexander the Great, but with expansions in Africa and South Asia. It does exclude Israel, a sore point for anybody wanting to conquer the world through Jihad.

The angels of God are everywhere for those whose eyes are opened.

Jacob is trying to pacify Esau with gifts.

The Ford of Jabbok. 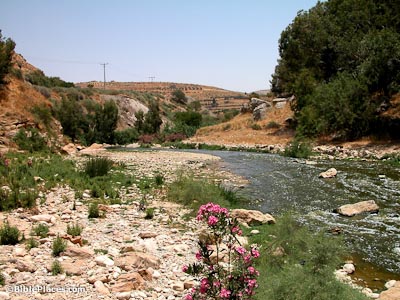 Jacob had his plans, but God….

Who’ll come to the inauguration?

The settlers from Israel Nation.

The Trump-haters vent their frustration.

President-Elect Donald Trump is sending a clear signal to the international community and to the Israeli government, that the incoming administration will be adopting a far different posture than the current occupant of the Oval Office by inviting leaders of Israeli West Bank settlements to his inauguration.
The Council on American-Islamic Relations (CAIR), a Muslim-rights group designated by the Justice Department as a terrorist co-conspirator, is calling on Donald Trump to drop Rev. Franklin Graham as one of six clergy who will offer prayers at the Jan. 20 inauguration ceremony.This is not the first time CAIR has attempted to have Graham banned from official Washington functions. In 2010 the group celebrated its success at having Graham dropped from The National Day of Prayer at the Pentagon.

There will be a new Sheriff in town
The Snowflakes will eventually evaporate.

On Israel’s right to exist

and so start WWIII!

On Dec 23 President Obama without support from Congress abandoned all support of Israel. These are ominous times for the world.

Yesterday the Obama administration, the lamest of all ducks with four weeks left on its “reign”decided to abandon Israel, stabbing it in the back, trying to make it as difficult as possible for the Unites States to play a role in future peace negotiations. Days before the United States had been frozen out of the Syria deal, leaving Russia, Turkey and Iran as the only worthy partners in middle East negotiations.

President elect Donald Trump has his work cut out for him. Yet, there is hope.  His latest tweet: “As to the U.N. things will be different after Jan 20.”

and nothing can our bonds sever.

“All is peace”, God makes well.

Obama the traitor, whatever.

“Christmas and Hanukkah doesn’t have to be seen as contradictory, but rather a complimentary celebration of America’s Judeo/Christian foundation”

The Obama administration on Friday allowed the U.N. Security Council to adopt a resolution demanding an end to Israeli settlements, defying pressure from U.S. President-elect Donald Trump as well as Israel and several U.S. senators who urged Washington to use its veto.

The resolution was put forward at the 15-member council for a vote on Friday by New Zealand, Malaysia, Venezuela and Senegal a day after Egypt withdrew it under pressure from Israel and U.S. President-elect Donald Trump. Israel and Trump had called on the United States to veto the measure.

It was adopted with 14 votes in favor, to a round of applause. It is the first resolution the Security Council has adopted on Israel and the Palestinians in nearly eight years.

Obama has made the decision

to vote to enlarge the division

between Jews and their foes.

He wants war, and it shows.

The verdict: He’s held in derision.

Both Senator John McCain and Chuck Schumer in a rare agreement is condemning the vote to no longer support Israel.

President Elect Donald Trump’s tweet on the matter: As to the U.N., things will be different after Jan. 20th.

As to soon to be ex President Obama, he prefers the applause from the 57 Muslim states rather to work for a lasting peace in the Middle East.

Members of Congress threatened to de-fund the UN. The U.S. accounts for some 22% of the UN’s budget, supporting a large, comfortable bureaucracy and its various programs.

This provocative action by the United Nations is an outrage and must be dealt with sternly and forcefully.

In addition, any nation which backs this resolution and receives assistance from the United States will put that assistance in jeopardy.

Others joined Graham’s call to defund the UN, including Sen. James Lankford (R-OH). The Republican Jewish Coalition issued a statement also calling for defunding the UN:

By allowing the United Nations’ anti-Israel resolution to be adopted by the Security Council, in the face of fierce bi-partisan opposition, the actions of the Obama Administration will forever be remembered as a dark, shameful moment for our country. The resolution passed today will only serve as a greater barrier to peace, which can only truly be achieved through negotiations. Instead of pressuring the Palestinians to be a partner for peace, President Obama chose to break with long standing diplomatic practices and allowed the one-sided, anti-Israel United Nations to be used as a tool to bludgeon Israel, our greatest ally in the Middle East.

We applaud the efforts of Republican Senators, led by Senator Graham, to strip funding to the United Nations, which has time and again showed their anti-Israel bias. What happened today will forever be on the heads of the President, his Party, and groups like J Street that remained silent.

Obama has a reliable record of failures. When he advocates a certain policy and resorts to threats, the opposite occurs.

The Obama administration was going all out to see that Israeli Prime Minister Benjamin Netanyahu was defeated in the 2015 Israeli election, but the campaign of veiled threats and anonymous leaks backfired: Instead of sinking in the polls, Netanyahu rose steadily, and after someone from Obama’s “inner circle” threatened  that if Israel reelected Netanyahy they would “pay a price”, Netanyahu won easily.

But nowhere is his negative charisma more evident than in the case of gun control. Every tragedy, from the shooting of Gabrielle Giffords, to the Orlando Massacre the answer was always the same: Gun control. The reaction was always the opposite: A spike in gun sales. This stock chart of Smith and Wesson proves the point:

At the time of the election of Obama the stock hovered around 2. It is now around

25, a more than tenfold increase!

Bottom: A chart of gun sales:

This leads to verse 89 of the Obama impeachment song (as if sung by President Barack Hussein Obama to the tune of “Please release me, let me go”)

so terrorists go free and clear.

Smith and Wesson clap and cheer,

I am their top salesman of the year.