For Muslims, atheists and humanists the cross is an offense since it is to them the stench of death. But to us who believe it is the symbol of redemption and new and eternal life in Christ. If they were not pricked in their hearts when they see the cross they would not be offended.

He died  on the cross at Ground Zero.

We have only one risen hero.

But the fools do “diss” grace,

The truth in The Cross at Ground Zero.

For God so loved the world, that he gave his only begotten Son, that whosoever believeth in him should not perish, but have everlasting life.  For God sent not his Son into the world to condemn the world; but that the world through him might be saved. (St. John 3:16-17)

Top: The original  location where the iron cross was found. 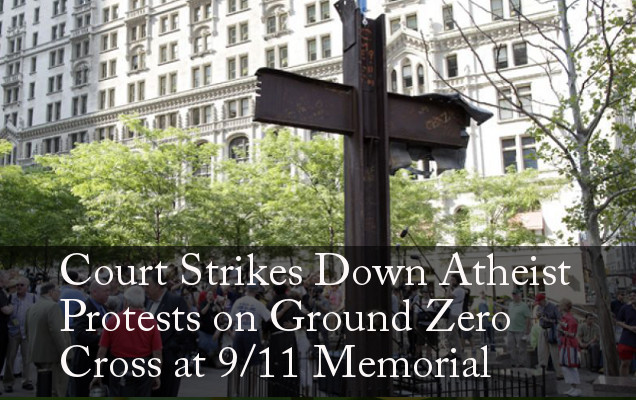 Bottom: The final place for the Iron cross near the 9/11 museum.

These were the final words of Governor Sarah Palin after a successful week anchoring “On Point” with the One America News.

Governor Palin is a true servant. Her parents, Chuck and Sally Heath, worked at the Fresh Kills landfill in Staten Island, New York in January and February 2002 as part of a federal Department of Agriculture program.

In a telephone interview, Mr. Heath said he and his wife had worked to keep sea gulls and rats from scavenging the human  remains in the debris. Mr. Heath, then 70, a retired science teacher, and Mrs. Heath, then 68, a retired secretary, had worked for the Agriculture Department for 15 years. They travel around the world dealing with “nuisance” animals like rats and bears.

“A lot of people just didn’t like the job, it was kind of a morbid thing,” he said of the work at the landfill. “But I thought it was part of history.”

This is the attitude of a servant.

To honor our heroes.

To be fair, he did not actually say these things. It was my perception of the glance in his eyes when he was asked the question: Why not move the Mosque to a less controversial place? This is the real quote: “If we move from that location, the story will be the radicals have taken over the discourse,” Imam Feisal Abdul Rauf told CNN’s Soledad O’Brien on “Larry King Live” Sep 2010. “The headlines in the Muslim world will be that Islam is under attack.”

On September 11 a Greek Church was crushed.

To rebuild or not, the permit stays unrushed.

Build a Mosque, not a church, that decision is rushed.

The deal — which envisions a 4,100-square-foot church at 130 Liberty St.  just east of the new Liberty Park — ends a years-long dispute between the Port Authority and the Greek  Orthodox Archdiocese of America over where and how to rebuild the house of  worship.

As Christians we have only one risen hero.

He died for our sins on the cross at ground zero.

But first they must face

The truth in the great ”Iron Cross” at ground zero