Colossians 1. The Apostle Paul began with his customary greeting, continued with a prayer  emphasizing faith in Christ and the preeminence of Christ. He told the Colossians to be reconciled in Christ, “Christ in you, the hope of glory”  and to perform sacrificial service in Christ.

Jeremiah 1, the call of Jeremiah. The key word in Jeremiah’s call is “before“. Here God confirmed His call with two visions, the branch of an almond tree and a boiling pot tilting away from the north. These were promises of the fulfillment of God’s word and of an impending disaster. God finally assured Jeremiah He will be with him, so don’t worry.

Jeremiah 2. Israel had forsaken the LORD, and God presented His case against Israel.

Jeremiah 3. Israel was shamelessly unfaithful, yet God was merciful and called Israel to repent and return to the LORD. 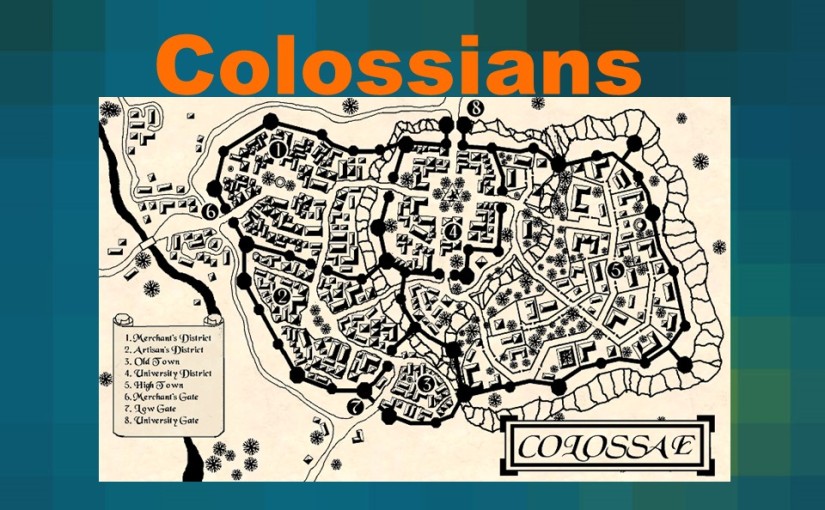 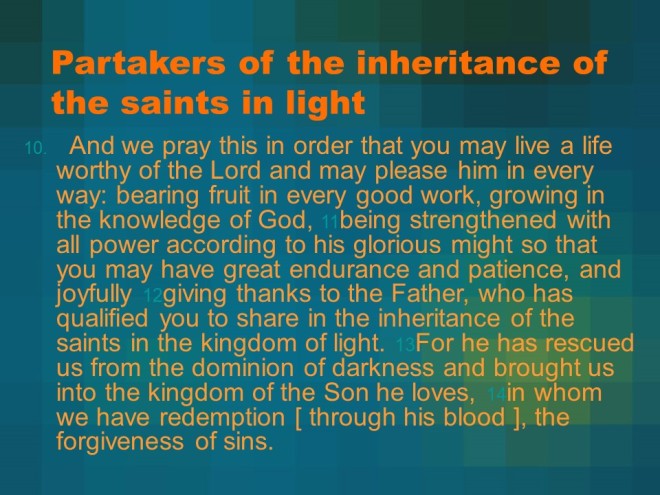 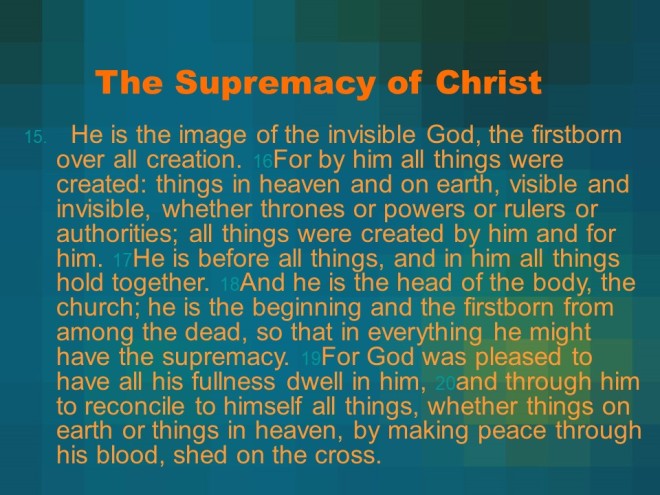 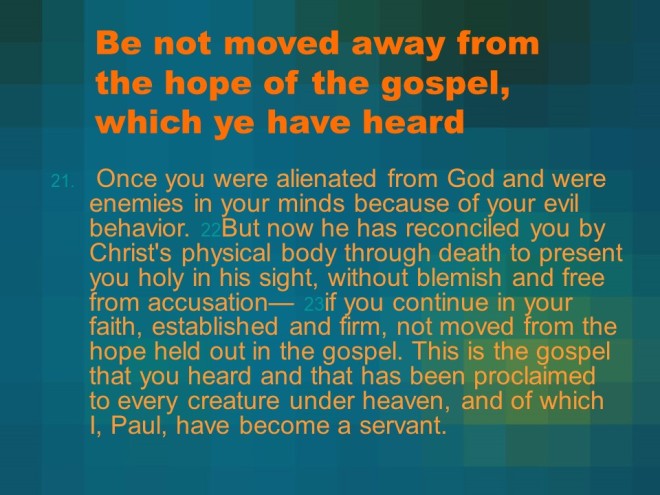